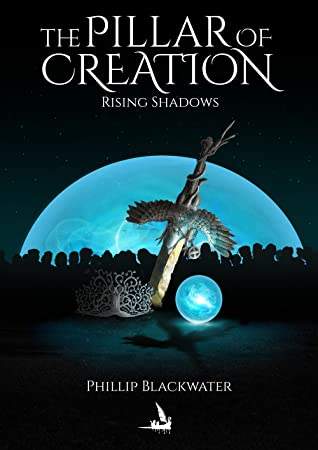 As tension rises between the southern and northern nations of the small continent of Exitium in the world of Anteris, the Elves turn to their eastern neighbors, the Humans, for help. They wish to learn the ways of combat, which they are not accustomed to, for they have always wielded a power far greater than forged steel. The Shards of Creation, mystical artifacts of great and virtually infinite power, have always been their prized weapon, but times have changed. They now face the same threat as the Humans: the southern nation known as the Ethula.

Wariel Ritch, general of the Human army, will take upon his shoulders this burden. But when a shadow of a past long forgotten threatens what little stability is left in the world, he will have to leave everything behind to stop it. Medregal Tergrast, an Ethulan king, dead for a thousand years, plans his return to the world of the living to gain back his former glory and finally fulfill his destiny by gaining control of the Shards of Creation. But is he really the threat people make him out to be?

In the meantime, in the bowels of the Human Kingdom, the reign of Dana Crystaloak is put into jeopardy when people around her start questioning her decisions. If she falls, war could break out across all lands. (Courtesy : Goodreads) 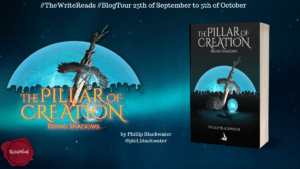 Rising Shadows follows mainly Wariel, the Human general who sets out to help the Elves fight as part of their alliance with the Humans. Things take a drastic turn when he is dragged into a quest, racing against time.

With meticulous world-building, the first half keeps you engrossed as a reader as you uncover this continent of Exitium and explore the different races and their customs. Then there is the politics and prejudice of this world, which is quite complex and layered. With so much attention to detail, it is easy to get immersed in this fantasy world.

Rising Shadows takes the typical route of a fantasy where you have your band of misfits who form a group for a common goal. As a reader, you would want to care for every single one of them. However, the book mainly focused on Wariel. Even then there was something lacking because you never feel the urgency to know more about his fate or empathise with the character.

Needless to say, we spend even lesser time with the rest of the characters and it becomes very difficult to enjoy the dynamics when you are not familiar with their intentions and purpose on more than a surface level.

Rising Shadows has all the ingredients of your typical fantasy read. Even so, I would have preferred a bit more of spice to make it a powerful blend. The book has the potential to be an engaging series with its conflicts, both political and magical. However, the first book was a one-time read for me.