The Atlas Six | By Olivie Blake 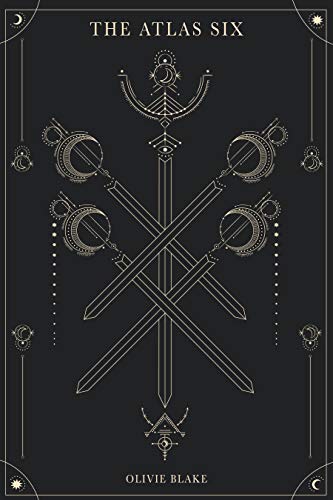 Categories: 2022, Book Discussions, Book Reviews, Fantasy
Author: Olivie Blake
Genres: Fantasy, Science fiction/Fanatsy
Series: The Atlas
Publisher: Tor Books
The Alexandrian Society is a secret society of magical academicians, the best in the world. Their members are caretakers of lost knowledge from the greatest civilizations of antiquity. And those who earn a place among their number will secure a life of wealth, power, and prestige beyond their wildest dreams. Each decade, the world’s six most uniquely talented magicians are selected for initiation – and here are the chosen few... - Libby Rhodes and Nicolás…

Atlas Six is a superior blend of magical realism. The idea of the existence of a secret society, especially dark academia set up, was my major draw to the book. The book delivers, in terms of seamlessly mixing real-life theories into magical science and giving it a whole extra dimension. In terms of ideas, philosophy and psychology, the book takes you on a different plane than the existing reality.

However, the plot and the characters are left scattered in the aftermath of these mind-bending theories. The pacing of the book was a sine wave. It takes its sweet time to place all the pieces on the board. Once the set-up is complete, the anticipation of what’s next keeps you going. But the story takes a step backwards and then leaps forward. Even in the third act, the events were merely a set-up for the upcoming book. The set-ups are essential for the first book in the series, but the story itself should have a leg to stand up on, which seems lacking in this case.

Most characters in the story are complex, with twisted natures and secret agendas. Like I mentioned before, even if it is part of a series, there must be some kind of arc for the characters which was missing as far as I am concerned.

The conflict, especially the central conflict, flickers out like an excessively burnt candle. Three-fourths of the book focused on a particular conflict and took an interesting route focusing on each character and their motivation. In the end, though, the outcome was half-baked and quite disappointing. Perhaps it would pick up in the next book, but as a reader who looks for some kind of closure in every read, it left me dissatisfied.

The Atlas Six starts with a bang and has quite an insightful theory about the human psyche and the basic primal instinct that takes precedent even if presented with the highest form of knowledge. It will make for a great book club read. However, the story didn’t balance the set-up vs the confrontation ratio for the first book in a series.