Love Her or Lose Her | By Tessa Bailey

Love Her or Lose Her | By Tessa Bailey 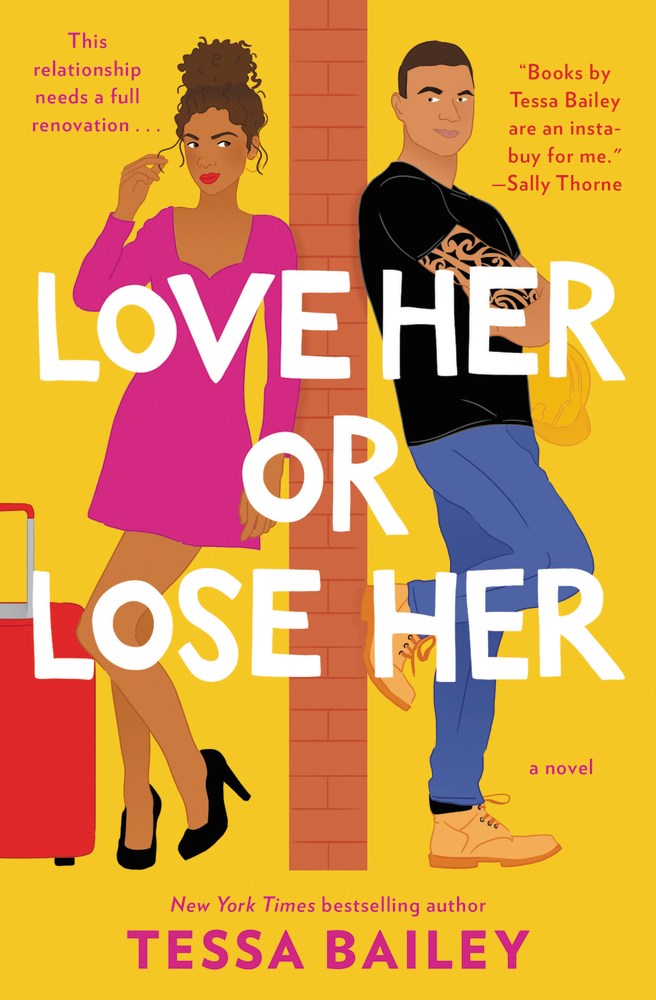 Categories: 2020, Book Discussions, Romance
Tags: romancereads, tessabailey
Author: Tessa Bailey
Genres: Chic-lit, Contemporary fiction, Romance
Series: Hot and Hammered #2
Publisher: Avon
Rosie and Dominic Vega are the perfect couple: high school sweethearts, best friends, madly in love. Well, they used to be anyway. Now Rosie’s lucky to get a caveman grunt from the ex-soldier every time she walks in the door. Dom is faithful and a great provider, but the man she fell in love with ten years ago is nowhere to be found. When her girlfriends encourage Rosie to demand more out of life and…

Love Her or Lose Her is the second book of the series Hot and Hammered. After reading the first, you know what to expect. This book was anticipated to be hot and steamy and it did not hold back at all. The tension or the slight glimpse of which you witness in Fix Her Up is followed through for good measure. Told in both Rosie and Dominic’s perspective, the book is about a couple trying to save their marriage.

The plot was solid and this one overcomes the one glaring flaw that Fix Her Up had. A solid foundation for a conflict. The sex scenes however are planted everywhere but given the title of the series, it didn’t come as a surprise. It was established early on that Dominic and Rosie had an active sex life. Was there a need to elaborate on their intimacy again and again? No. Could anyone complain about the steamy scenes in a series known for being so? Not exactly.

As an Indian reader, what surprised me most was the male protagonist. Most of the romance heroes that are featured in popular western books or movies are expressive men. Dominic however,  resembled the every day men that I am used to seeing growing up. Men who are mostly uncomfortable in expressing their doubts and fears. On that level, I could connect to this book.

Rosie, though quiet and understanding, was a strong feisty character who discovers herself along with the journey of rekindling her relationship. It was gratifying to watch her finding her footing on her own. The beloved characters from book one made their presence well known. And you get a glimpse of the up coming love story too, for the third book possibly.

Overall, this is an enjoyable and hot read. If you’re into passionate romance reads with some grounded and real conflict thrown in the mix, this would be your pick for the romantic season.