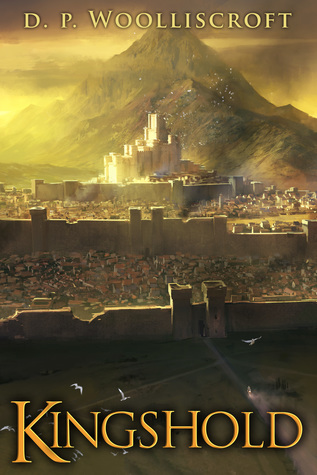 Categories: 2020, Book Discussions, Fantasy
Tags: BlogTours, Fantasy, thewritereads, TWR
Author: D P Woolliscroft
Genres: Fantasy, Science fiction/Fanatsy
Series: The Wildfire Cycle #1
Illustrator: Narrator - Sheila Dearden
Mareth is a bard, a serial under achiever, a professional drunk, and general disappointment to his father. Despite this, Mareth has one thing going for him. He can smell opportunity. The King is dead and an election for the new Lord Protector has been called. If he plays his cards right, if he can sing a story that will put the right person in that chair, his future fame and drinking money is all but assured. But, alas, it turns out Mareth has a conscience after all. Neenahwi is the daughter to Jyuth, the ancient wizard who founded the Kingdom of Edland and she is not happy. It’s not just that her father was the one who killed the King, or that he didn’t tell her about his plans. She’s not happy because her father is leaving, slinking off into retirement and now she has to clean up his mess. Alana is a servant at the palace and the unfortunate soul to draw the short straw to attend to Jyuth. Alana knows that intelligence and curiosity aren’t valued in someone of her station, but sometimes she can’t help herself and so finds herself drawn into the Wizard’s schemes, and worst of all, coming up with her own plans. Chance brings this unlikely band together to battle through civil unrest, assassinations, political machinations, pirates and monsters, all for a common cause that they know, deep down, has no chance of succeeding – bringing hope to the people of Kingshold.

The narrator of the audiobook had such a relaxing and soothing voice that it feels like a bedtime story every time you listen to it. I mean it in a good way, although this means I had a slow pace at the beginning of the story. It takes time to get into the world and understand the characters as it is a multiple person narration. Once you get the lay of the land it is all intrigue and action.

The plot stands strong with intricate world building and powerful characters. The catchphrase of the book itself tells the story. The rest of the book is a detailed and well-put elaboration of that. The book has everything you expect from a fantasy book ( even though I haven’t read a lot of them). 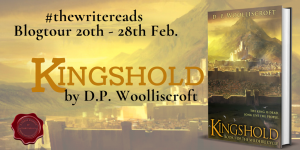 This story uses the classic technique of multiple characters premise. Each of them start at a different point and halfway through the story, you’re excited when they all come together for a common mission. Each character has their own arc by the end of the book. Some more surprising than the others. And some characters are left behind. However this is a series and we can expect to see them later. The love story in the book is brief, effective and grounded.

The one critique that I can think of is that there is a majority of black and white characters. As in, the good vs evil trope. In a book like this, full of conspiracy and political intrigue, more grey shaded characters would have made things interesting. The main antagonist was just evil personified. It would have been nice to see some depth to him other than just being the malicious villain. Yet, there are some characters who maintain a mystery and remain shifty till the end.

The whole idea of election in such a world itself is refreshing. Add some adventurous quest to the mix, and you have a great fantasy to read.

Overall, Kingshold is a complete entertainer. It is your perfect pick if you’re going through a withdrawal from fantasy series like Game of Thrones or The Witcher. Although, I wouldn’t do that to a book, comparing it to something like those phenomena. The idea is you will enjoy this book if those are your kind of fantasies.