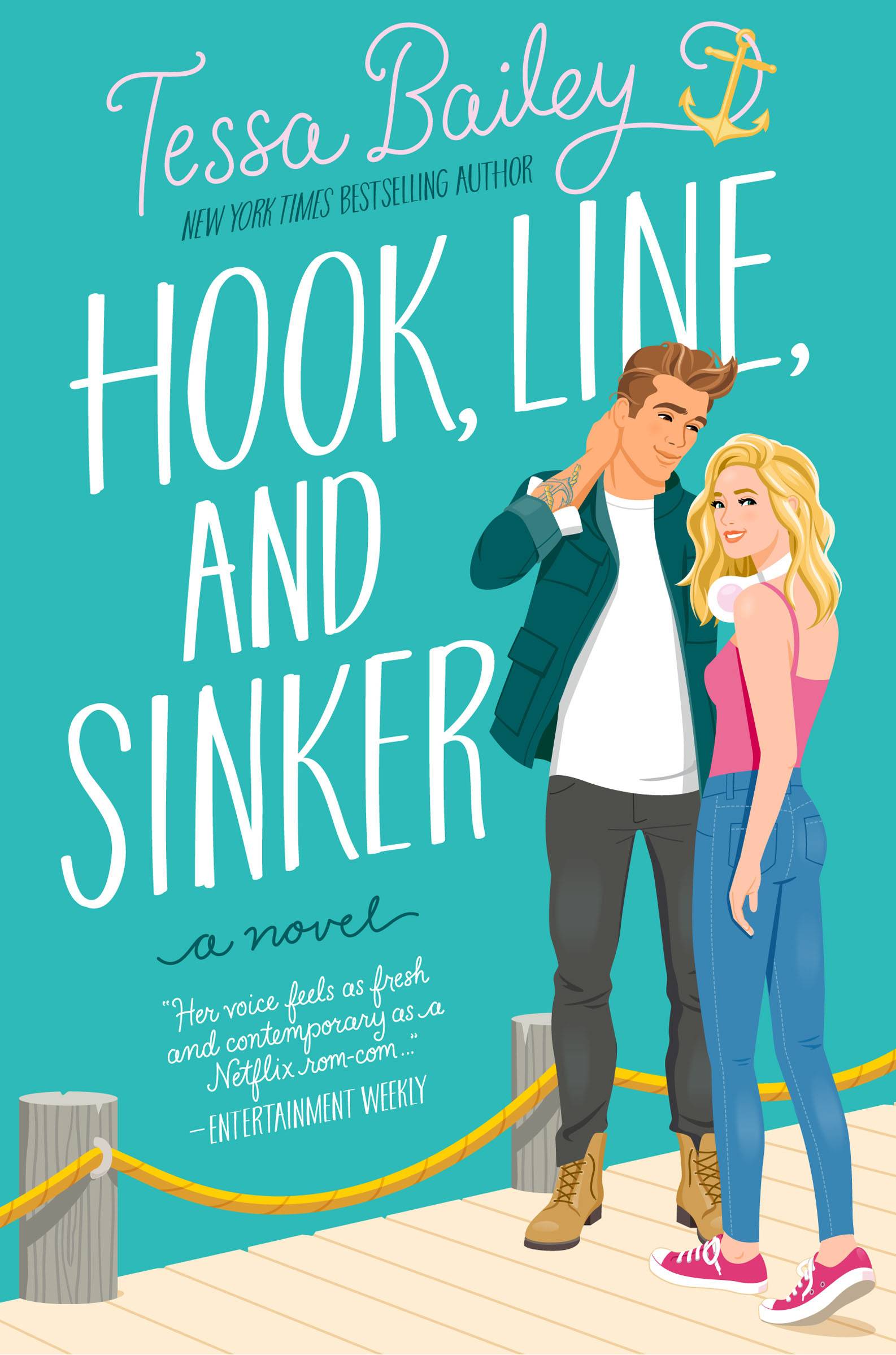 Categories: 2022, Book Discussions, Book Reviews, Chick-lits, Contemporary, Contemporary Romance, Romance, Women's fiction
Tags: bellingersisters, contemporaryromance, hooklineandsinker, ithappenedonesummer, romancereads, tessabailey
Author: Tessa Bailey
Genres: Chic-lit, Contemporary fiction, Contemporary Romance, Romance, Women's fictions
Series: Bellinger Sisters
Publisher: Avon Books
King crab fisherman Fox Thornton has a reputation as a sexy, carefree flirt. Everyone knows he's a guaranteed good time--in bed and out--and that's exactly how he prefers it. Until he meets Hannah Bellinger. She's immune to his charm and looks, but she seems to enjoy his... personality? And wants to be friends? Bizarre. But he likes her too much to risk a fling, so platonic pals it is. Now, Hannah's in town for work, crashing…

We get a glimpse of Hannah and Fox’s relationship from the first book; It Happened One Summer itself. It continues to the prologue of Hook, Line and Sinker. The narrative shifts between Fox and Hannah, sometimes reiterating the same events through their own lenses. It wasn’t repetitive, but the same day from a different point of view. The impeccable writing skill of Tessa Bailey is the main attraction of the book.

The plot, however, wasn’t the strongest suit. The synopsis somehow pitched it as Fox helping Hannah get through her crush. But that wasn’t at all what happened in the book. That the synopsis itself didn’t have a clear idea of what the book was about says something about the storyline.

With Piper and Brenden, there was a Hallmark-level drama and tension to the story. Here, however, the plot followed a mellowed approach, making us wait for the ball to drop, but it never happened. If the book had a well-mapped plot, this could have been a 5/5.

The central focus of the book was the internal conflict of the characters. Hannah was done being the second fiddle to other people, and Fox was dealing with his own issues as everyone defined him as merely a “heartbreaker”.

Hannah had her demons to fight, but the story didn’t show too much about her efforts. All she had to do was speak up and things materialised themselves. That made her personal character arc look like a privileged one. Considering how she comes from a privileged background, there had to be more obstacles than her own demons or the way it was dealt with.

Fox’s arc was much more complicated and therefore had been the saving grace of the story. He was flawed. He snapped, he made mistakes, and yet he was helpless when it came to his feelings for Hannah. His demons and the fight within were far more interesting to read than Hannah’s. This ultimately made Hannah play second fiddle in her own story. In a way, her character was there to support and root for Fox, something that she was desperately trying to get out of in the story.

Even though my review highlighted a few issues of the book, I really enjoyed the book and the writing style. I didn’t get all the musical references, since I am only familiar with a handful of American music. Even so, the love for music is universal and it was translated easily through words.

In short, if you love The Tessa Bailey style rom-coms, give this one a go. It is a fun joyride once again in the small fishing town of Westport.