In my April TBR post, I had planned a total of seven books to read. However, I could only complete five of them. Never mind, I am still planning to try seven books this month. So here’s a summary of all the books that I read in April 2020. 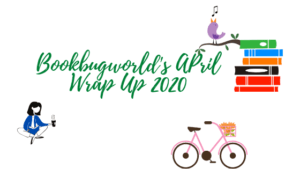 1)The Die of Death By Kenneth B Anderson 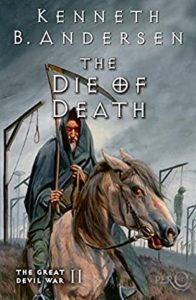 This is the first book that I completed in April for a blog tour hosted by #TheWriteReads. The Die of Death is the second book in The Great Devil War series. The book is about a boy named Philip who goes on an adventure in Hell. In this book, Death itself is in trouble. And if Mortimer – the master of death- cannot solve his problem, the fate of the entire Universe is at stake. Philip Engel goes to Hell to help Mortimer. The premise itself sounds intriguing and let me tell you the story is as good as it sounds. You can read a detail review of the book, here.

2)When Life Gives You Lemons by Fiona Gibson 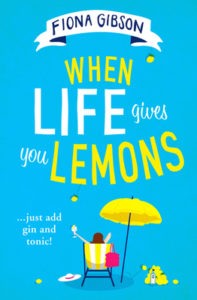 This is an adult contemporary women’s fiction novel. It is about a woman named Viv who is going through menopause and finds herself a single mother all of a sudden. Viv’s younger daughter is seven and her older son has moved out. It is an optimistic take on turning around your life when faced with odds. A funny and self-deprecating coming of age story that says it is never too late to change your life. I have a review of the book if you want to know more.

3) A Year of Chasing Love by Rosie Chambers 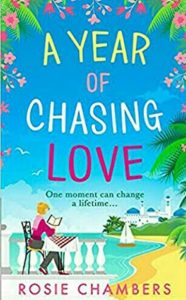 This is another adult contemporary romance novel that I read in April. Olivia Hamilton is a divorce lawyer who crossed the coveted 500 divorces mark. But then, her own divorce papers are served to her in public. Topping that she is on a mandatory sabbatical. Now, Olivia is on a trip around the world finding out the reason why marriages work as a favor to a friend. This was not my favorite read of the month. It is a debut novel and it felt so too. The book was too descriptive for me. It was a quick one time read, in short. The review for the book is already up on the blog.

4) The Testaments by Margaret Atwood 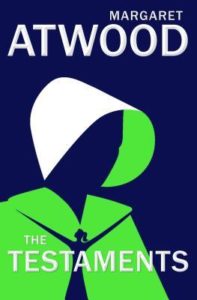 The most anticipated sequel of 2019 was with me for three months or so but I never got a chance to read it. Finally I did and I loved it. This is master craft. Going into the Testaments, I wasn’t expecting anything like that. I thought it would be more about Offred. But, Testaments really stood out and the title makes so much sense now that you think about it. So, you don’t need to read my rambilngs here. I have already made a fangirl attempt to do a review. And if I am biased because of Handmaids Tale, I just couldn’t avoid it.

5) The How and the Why by Cynthia Hand 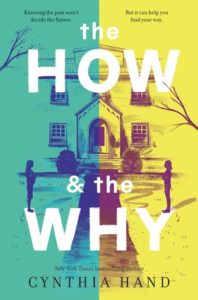 I don’t read a lot of YA contemporary fiction. Particularly ,because I feel I am not the target audience. But this one, I didn’t expect to love it as much as I did. Two girls are the main characters in this book. Cassandra turns eighteen and is facing the harsh realities of life in her transition to become an adult. The second character is S who is Cassandra’s birth mother. She is writing her a series of letters so that Cass could know where she came from. Cass has a loving family but she wants to find her birth mother and somehow find herself in the process. This book made me emotional at times. A review of the book will be coming out soon.

So, those are the books that I read in April. I know it is not much but I am happy that I managed my monthly average. Hopefully May will be the month where I cross my average number. Let’s hope for that.

If you’ve read any of these books, let me know your thoughts in the comments.