One Night Only | By Catherine Walsh 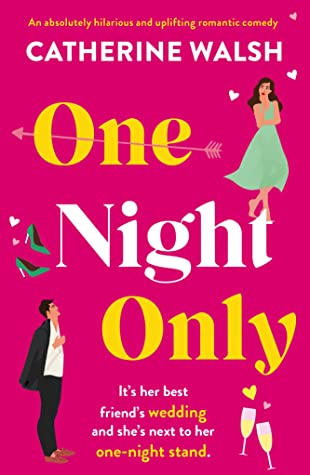 One Night Only is perhaps one of the few rom-coms I’ve read recently, that doesn’t follow most of the common romance tropes. This itself is quite refreshing in terms of narrative. There is wit, charm and amazing chemistry between the main characters. That alone makes it a page-turner.

The plot is mostly character-oriented, however, the pacing never wavers. It hits each beat perfectly and keeps moving. There is a back and forth of feelings between the main characters, but if you’re into this tug-of-war kind of romantic story, it could be entertaining as hell.

Sarah is your quintessential protagonist. She reminds me of a typical protagonist from the 90s or early 2000s rom-coms. The commitment-phobe who is content with one-night stands. It doesn’t change overnight. The story takes it’s time for Sarah to get to know Declan in different situations.

Declan, on the other hand, has this air of mystery around him which I love. He is unpredictable, yet reliable at the same time. His conflict is revealed much later in the book. It takes you out of the story for a moment. However, it reels you back in by resolving the same as realistically as possible with a dash of drama of course.

The story has an ensemble cast which is quite colourful and remarkable.

Overall, I enjoyed One Night Only more than I thought I would. It has that classic romantic comedy vibe, yet it is relatable in a modern-day dating context. I won’t mind reading it again if I am in the mood for a fun romantic comedy.