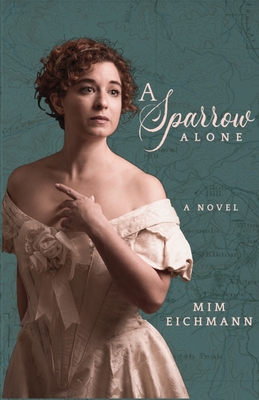 This is the first book I have read in 2021 and I am really happy about it. I am planning to read more historical fiction this year. As an Indian, the 1800s was the time when the West started invading us. From the history lessons and the freedom fighters stories, all we get to know about is the upper echelon of the English and European society that had been vying for power and its resources in India. Which is why historical fictions such as this, featuring the mining towns of America has always been a revelation to me. If not for the book, I would have never heard about Winfield Scott Stratton or Pearl De Vere 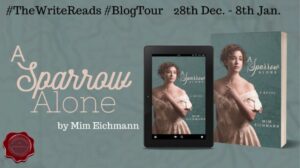 A Sparrow Alone grabs your attention right from the first chapter. It never shies away from the brutalities of the era yet, the narrative has this innocence that the main character possesses throughout. We learn about the world through Hannah’s eyes who grows up to be a strong woman and she has many hardships to pass through.

If  the Handmaid’s Tale is a dystopian fiction, the story of Hannah is more jarring because this used to be a reality at some point of time. The thought hits harder as a woman and it makes you wonder about the countless fights that had been fought for us to get our basic rights such as education and financial independence. Things which we take for granted mostly and yet we still have a long way to go in that regard, despite the centuries that passed.

Hannah is an observant and demure young lady, whom you can easily root for. She is beyond matured and refined for her age because of her circumstances, yet she is naïve when it comes to the way of worlds. Despite each setback, her spirit never breaks and that makes you more empathetic towards her.

The people who come across her life and their influence in her own life makes up for quite an intriguing page turner. To Hannah, and most women like her – Pearl, Jenny, Zuma and the others – merely surviving or existing on itself is a conflict. The story never attempts to make her do any heroic acts but still, Hannah is perceived as a fierce character throughout. From being a timid girl, to a woman who can stand up for herself, Hannah’s coming of age story is eventful and spirited.

However, after a certain point it felt as if the central conflict was being thrown right into your face. It was not preachy and I completely acknowledge the need for dialogue about these topics, but at times the elaborate conversations between the characters,  about female empowerment, seemed much like a conversation that we might have in the twenty-first century than in the period it was set. At times, it pulled me out of that world and reminded me that I was indeed reading fiction.

True to the name, Hannah had been a lone sparrow all her life. And yet, it never breaks her spirit. Overall, I got immersed in this story with all its brutalities and wanted her to power through it all. The way it ended, surely would want to make you pick up the next book – Muskrat Ramble. I know I would.