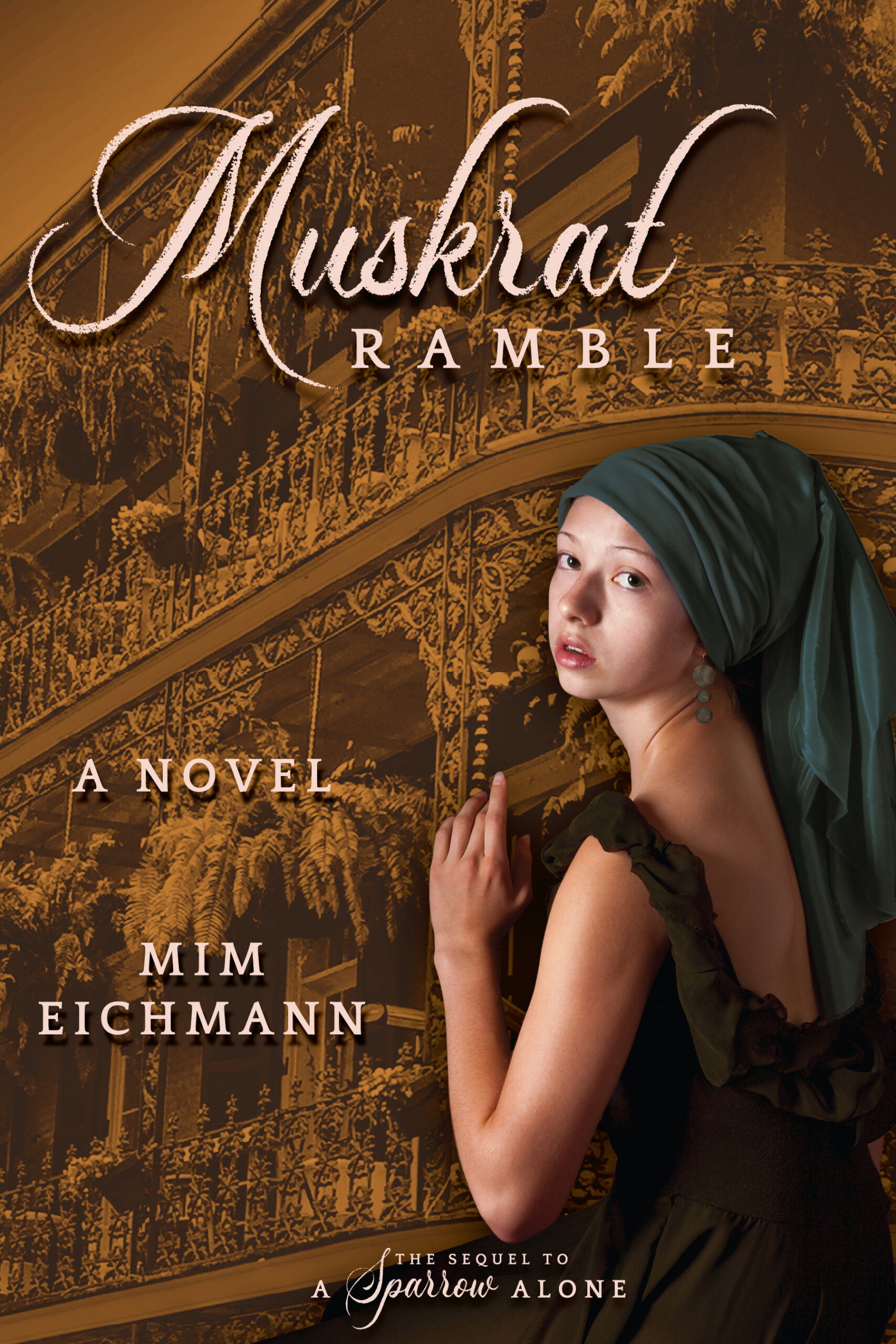 Categories: 2021, Book Discussions, Book Reviews, Historical Fiction
Tags: asparrowalone, historicalfiction, mimeichmann, muskratramble
Author: Mim Eichmann
Genre: Historical Fiction
Publisher: Living Springs Publishers
Seamlessly threaded into the emerging hot jazz music scene that captured the hearts of music lovers in 1913 New Orleans, are the themes of the tightening Jim Crow era, World War I and its aftermath of economic ills, political upheavals and epidemics, and the choices, heartbreaks and ultimate decisions of women of all races... at its heart, however, "Muskrat Ramble" is the saga of a young woman's unwavering devotion to the child she was forced…

I have read A Sparrow Alone in the beginning of the year and really wanted to get into the sequel which I finally did as you can see. Muskrat Ramble didn’t start as kinetic as the first book. It took its sweet time to establish the characters and familiarize you with them. Until the point, Mrs. Hughes makes her entry. From there on it just picks up pace.

The plot once again borrows from history and connects it to these fictional characters and affects their lives in many ways. The one recurring theme I felt was how Hannah still was a Sparrow Alone. Yet, she learned from her own experiences and became her own person.

Hannah still remains as the character one can empathize with. Both Alice and Emma , weren’t exactly the dream daughters that one would have expected them to be by the end of the first book. However, life wasn’t much kind to either of them. Some of the things were disturbing to read, particularly when you think about the age of Emma or Alice. But, what is unthinkable now, might have happened to a lot of people during that era. After all, art is only a reflection of the society. And that is the beautiful aspect of the genre.

The life in the asylum is not something that everyone would want to read. If those kind of content triggers you, please don’t go for this book.

I don’t have much knowledge about the jazz scene , nor do I come from a background that is familiar with the racism prevalent in the West during the early 20th century. However, discrimination whether it be race or religion or caste, that I am not unfamiliar with.

It pains me to see that the fight is still not over and the world still is learning not to discriminate or hate at a much slower pace than desired. Also, the mention of the pandemic brings out fresh wounds now. Again a trigger warning if you are looking for an escape read.

Overall , Muskrat Ramble is a journey back in time and a chance to remember how far we have come. And yet, it gives this odd feeling of history repeating itself. If you were invested in the Sparrow Alone, you might not want to miss this and see how Hannah’s life turned out.

Muskrat Ramble continues the extraordinary journey of Hannah’s life and how she was willing to redeem her own mistakes.