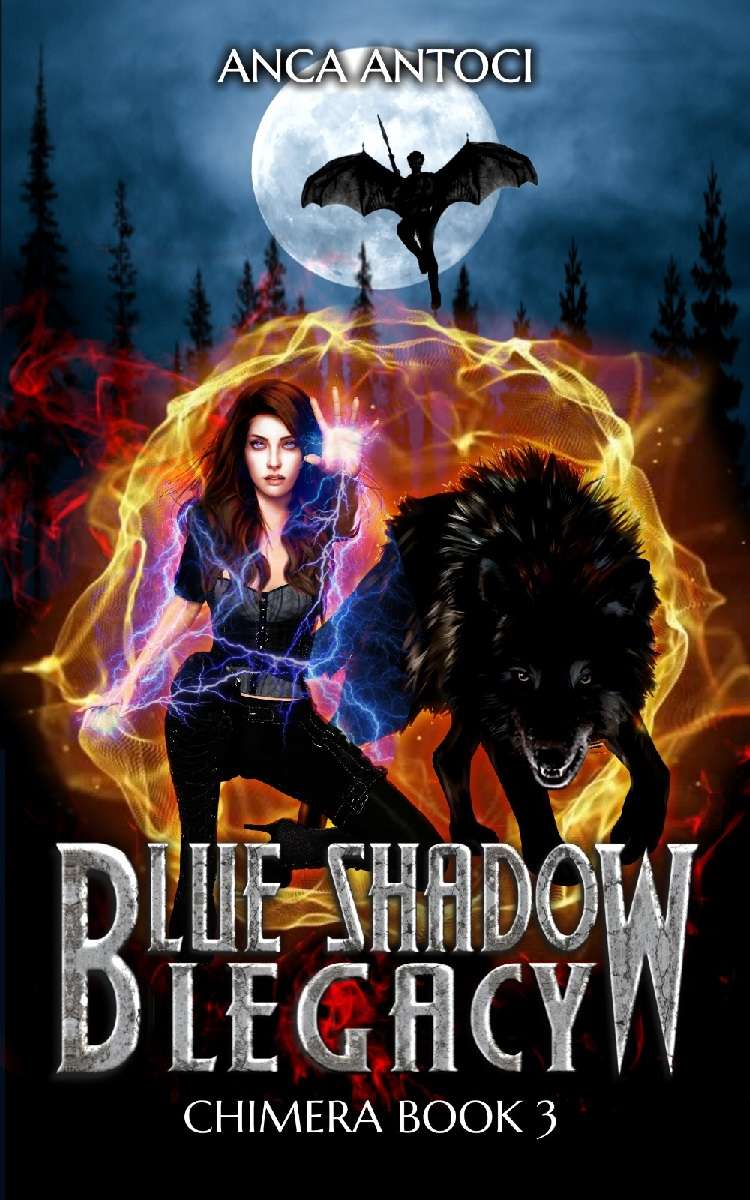 Categories: 2022, Book Discussions, Book Reviews, Fantasy, YA Fantasy
Tags: chimerstrilogy, Fantasy, yafanatsy
Author: Anca Antoci
Genres: Fantasy, YA Fantasy
Series: Chimera trilogy
On the brink of war, the freedom of chimera outcasts and vampires hangs in the balance. All seems lost when the Council runs coordinated attacks and destroys the Resistance’s secret camps. It’s time for shifters, vampires, and creatures of the Underworld to set their differences aside and make a united front. They expect the Huntress to lead them to victory, but they don’t know the truth about the prophecy that gives them hope. For Rae…

After two books, we come into the world of chimera for the final showdown with great expectations. To be honest, the book does not disappoint. Blue Shadow Legacy is filled with action, adventure and strategy, all of which are crucial in a war.

The plot has always been the strongest point of the whole series. This one is no different. It wraps up a lot of loose ends from the previous books. You can see that the author had a clear vision for each character from the beginning.

The only thing that I wanted more was the romantic relationship between Rae and Blake. It just felt lacking because they keep postponing their own relationship because of the impending war. That makes sense but I just wish – as a reader – that they had more time together after missing the couple for a whole second book.

Rae as a central character has always been likeable. She is kind, brave and honest. It is easy to make her altruistic but fortunately, that is not the case here. She is flawed and keeps learning from her mistakes. It makes you want to root for her. The ensemble of characters makes the overall reading experience entertaining, to say the least. Even the smallest supporting character didn’t feel two-dimensional. They all had more than one facet to explore.

There were a lot of issues to be solved by the end of the second book. However, the book picked up right where it left in the second book and got to action wasting no time. Rae had quite the unexpected superpower. One that comes from being a human. Surprisingly, the story at the current times is quite relevant. Who thought the underlying message held such meaning from the time the book was released in January 2022 to now (June 2022.) . That’s all I can say without spoiling anything from the book.

Overall, I enjoyed the book. Blue Shadow Legacy is a fitting culmination to an exciting trilogy in the world of chimera. Rae’s journey from a damsel in distress to the formidable Huntress had been enthralling to read. The first two books make more sense once you start reading the third one. So, if you’re a follower of the trilogy, this is a must-read!