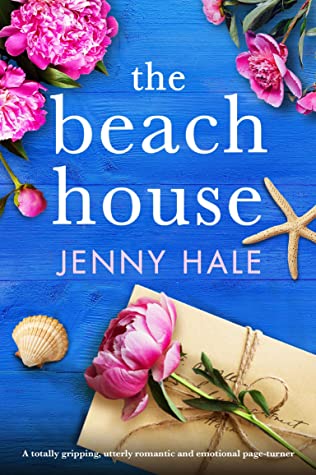 Tags: contemporaryfiction, contemporaryromance, netgalley, romancereads
Author: Jenny Hale
Genres: Chic-lit, Contemporary fiction, Contemporary Romance, Romance, Women's fictions
Publisher: Bookoture
“Oh, my goodness,” she whispered. At the bottom of the box was a stack of letters. Tied with a ribbon, the pages were faded with age. “These are all addressed from here,” she said, “but they’ve never been sent.” When her gram passes away, Melanie Simpson feels utterly lost. She has no idea what to do with her life after she has devoted years to looking after her beloved grandmother. But Gram’s will may hold the answer, instructing Melanie to use her inheritance to buy a crumbling house in Rosemary Bay. They used to visit the village every summer, sit by the sparkling gulf on a beach the color of a fresh pearl, and daydream about turning the place on the corner into a bed and breakfast. Fulfilling her grandmother’s legacy, Melanie decides to restore the beach house to its original glory. She sets out on renovations of the wrap-around porch weathered by the coastal breeze, and the peeling white paint faded by the sun. When Melanie runs into local carpenter, Josh Claiborne, whose eyes match the dazzling sea, she jumps at the chance to ask him for help. But that’s the last thing he wants. He’s off to New York soon, leaving his troubled past behind. Over a game of darts Melanie gets her wish, even if Josh isn’t happy about it. As they work together, Melanie tries to ignore their undeniable chemistry and how Josh’s rare smiles take her breath away––because soon they’ll be thousands of miles apart. But hiding in a closet is a yellowing stack of letters that could change everything. The looping handwriting reveals the mystery of the rickety house––a buried history that touches everyone in Rosemary Bay. Will its secrets bring Melanie and Josh together or tear them apart? An absolutely gorgeous and heartwarming read about never-ending love, new beginnings, and how family is always with you, no matter where you are. Fans of Pamela Kelley, Mary Alice Monroe and Susan Mallery will adore this romantic page-turner. (Goodreads)

Melanie is our main character, who moves into the Beach House in Rosemary Bay. She is an engaging narrator who keeps the momentum going and makes you want to read more even if the pacing is too uneven. The story takes place within the span of a few weeks. However, there’s a flashback which plays a significant role in the story.

The idea and the concept is terrific and heartwarming. However, the execution of the same is not as perfect as one would expect to be. The story spends a lot of time on the technicalities of renovation. And the readers are robbed out of the opportunity to peer into Melanie’s own goals and pursuit of them.

Melanie carries the entire weight of the story on her shoulders and she is a fleshed out character who has the strength to do that. However, the reluctance of the main character and the constant self doubt about the mission that she is carrying on wears the reader down at some point. It feels like the main character is stuck in a job that she doesn’t want and is going on anyway because the story said so.

The romance felt a bit forced in the beginning but the main characters  – Melanie and Josh – sure had the chemistry to keep things interesting. However, the problem with Josh is similar to what I had with the author’s other book Christmas at Fireside Cabins. He is too emotionally unavailable and while men like that are real, I am not exactly onboard with romanticizing that aspect of a person. Other than that, the ensemble characters were all great and a pleasure to read too.

The Beach House was a one time read for me. It takes the idea of love that goes beyond generations and lives in through the people who come after us. The book has a wonderful philosophy and concept. The execution however, was a bit lackluster.