Since I had to move town for work, I had to skip the reading plans for August and September. However, come October I am trying to get back to my regular reading routine. Which is why I am here with a TBR. Now , I might or might not follow through with every book mentioned here but it is always good to have a plan. 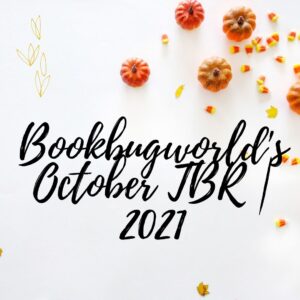 1)For the Wolf by Hannah F Whitten 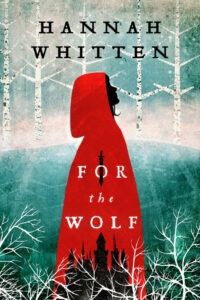 This book has been celebrated quite a lot in the bookish community and I was waiting for the perfect time to give it a go. October is not exactly fall where I live but still the weather is cool with occasional rainfall. Anyway, coming back to the book, we follow the main character Redarys aka Red. As evident from the cover, it is a retelling of the Red Riding Hood. Red lives in a kingdom where it is tradition to give away the second daughter to the wilderwood in order to appease the wolf so that he doesn’t unleash the monsters in the kingdom  or so they are told. When Red goes into the wilderwood she realises that the reality is far from what she had been taught.

2) The Book of Uriel by Elyse Hoffman 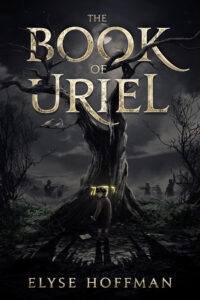 I am reading this book as part of TheWriteReads blog tour. The Book of Uriel is a historical fiction and fantasy combined together. The story is about this ten year old Jewish boy, Uriel,  who always felt like he didn’t belong. But when the Holocaust reaches his village, Uriel finds out that the stories in his golden book aren’t all just a fantasy. Uriel is tasked with the job of warning Michel who is the guardian angel of the Jews. But doing so, would jeopardize Uwe who is forced to work for the Nazis but still takes care of  Uriel at his time of need.

This book combines two different genres. It gives a glimpse into the Jewish mysticism and folklore which I am completely unfamiliar with. So I am really looking forward to reading this one.

3) Gods and Monsters by Shelby Mahurin 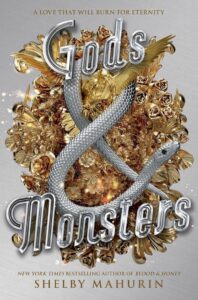 This is the third and final book in the Serpent and Dove series. I enjoyed the first book in this series, the second one not so much. However, the second book ended at a very crucial cliffhanger which is why I am looking forward to reading the third book ASAP. To give you context, Serpent and Dove is a YA fantasy. The first book also has this hate to love romance as the two main characters Lou and Reid are forced into a marriage that they didn’t sign up for but end up with feelings for each other. What makes it more appealing is that Lou is a witch and Reid is a chasseur , which basically translates to witch hunter. So these are two people who are taught to hate each other their whole life end up falling for each other instead. Beneath this romance lies the mystery and politics of various kingdoms and clans.

This is a queer romance novel that follows the two main characters Penelope and Audrey. Audrey is living her dream of running her own café and the only thing that stands in her way is Penelope who has an attitude problem. Penelope liked Audrey but she didn’t expect anything to happen especially when her protective shell of a rough exterior creates a problem at her workspace. And then one drunken kiss has them both reevaluate their feelings for each other.

Honestly, the premise sounds like just another queer love story but I am really digging the cover. Even if I see mixed reviews on Goodreads I am hoping this would be a heartwarming romance. 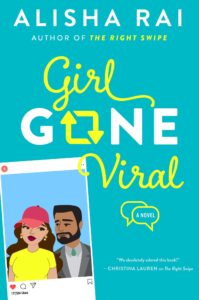 Girl Gone Viral is the second book in the Modern Love series. This is not a sequel but a companion book. I liked the first book, The Right Swipe, the review of which will be soon available in the blog. It was ok. However the second book generally had better reviews than the first one. So I am hopeful.

Katrina King is an ex-model who likes a quiet life. When a random encounter put her in the spotlight for all the wrong reasons, her bodyguard Jas Singh whisks her off to this remote family home where feelings emerge between the two. 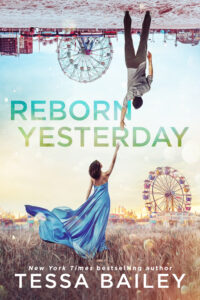 Reborn Yesterday is the first book in the Phenomenal Fate series. I haven’t heard many people talk about it. I heard it first from Heather who runs the Booktube channel, Bookables. Ginny is a funeral home director who encounters a vampire Jonas while embalming his body. As we are aware, vampires live by a code and one of the foremost universal law is that their existence should remain a secret. Which was why Jonas had to erase her memory. However, they develop a connection before he could wipe off her memories . I haven’t read a vampire fiction in a long time. So I am really looking forward to reading this one in October.

There we go. Those are all the variety of books that I wish to read this month. Hopefully I read them all. Wish me luck!