The Enchanted | By J C Brennan 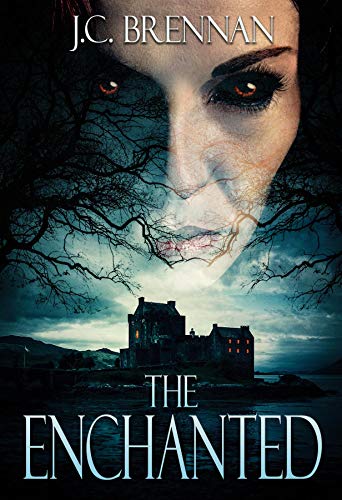 Tags: thebooktasters, theenchanted, YAFantasy
Author: J C Brennan
Genres: Fantasy, YA Fantasy
Publisher: Reaper Publishing
Rebecca Gentry, Becca, has grown up on her beloved grandmother's stories. The tales of castles, evil Lords, witches, and beings of magical realms have fascinated and mystified Becca. Some stories her grandmother made up, but others were handed down through the generations of her family. When Becca's grandmother dies a week before her sixteenth birthday, leaving her and her father a large amount of money and a castle in Scotland, things begin to change for…

The Enchanted is a YA fantasy told from first person point of view. Something about the style had me disconnected from the events early on. The narrative was very self centered and narrow which lead to several vague plot points that didn’t pay off eventually. It got me hooked with a very appealing beginning and the whole folklore kind of story telling at the start.

The pacing of the story is quite uneven. It started as this folklore storytelling which was quite intriguing and had me hooked. But then the story drags throughout the middle and only catches up towards the end.

The plot is quite strong but the narrative and uneven pacing takes away the interest from the book for a long time.

Becca is the main character who happens to stumble upon a Princess Diaries kind of situation only scarier and more magical. However, given the precarious situation she was thrown into, Becca was too casual for my liking. Her tone suggested as if she was seeking thrill in this adventure rather than dealing with it more emotionally.

She follows the most cliched path of a chosen who happen to be “special” from birth and don’t need any training whatsoever. The training part is there but it is little. I am not sure if the book is self aware or if it is taking itself too seriously.

Most of the characters felt one dimensional. The typical heroes and villains fight. There are a few fun moments and a comradery between Becca and the people of the castle, but sadly it was just on the surface.

Overall, it took me longer than intended to finish the book. It was a one time read for me. However, if you’re picking up this book I would say keep an open mind. Each book is different for different people. Sadly this one was not for me.