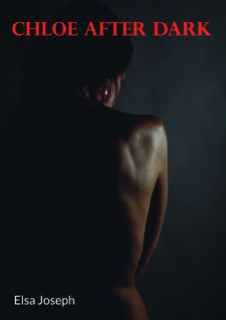 There are certain stories that strike a chord with us right at the beginning and you embrace it. Then there are stories that might say something that you fundamentally disagree with and you get detached from that point despite the writing or the plot. Unfortunately, Chloe After Dark was the latter for me. There was a dialogue between the main character and her friend where she asks if the entire office was this shabby, to which the friend replies, ‘relax this is not a third world country’. Now, I get it. There are preconceived notions about the “third world”. But as someone who lives in such a world and is aware that there are world-class studios in this “third world” and industries that produce as much content as the Hollywood, that got me.

From there on, the characters were just first-world people, with their first world problems for me. However, that’s not the prejudice with which I rated the book. It got my attention, and I wanted to know how Chloe would turn out. Sadly, the turning out part was a huge letdown. The third act of the book felt detached from the passion and the emotions with which it carried out from the beginning.

When you read the main character who messed up at the beginning of the book, you’re rooting for them to make a change and turn their life around. And it is entirely possible in the fictional world. That’s why we find our escape there. At least, that is what I expect from the books I read. So, imagine my shock when the main character who made bold choices at the beginning of the book and stood up for herself turns back and gets into the mess that got her in a pickle in the first place with no explanation whatsoever. Her decision seemed to be coming out of a place of fear and discontentment.

Now the conflict in the book has a lot of trigger warnings. Please make sure you vet them before you read. Also, from here on, there might be some spoilers. As a woman who was being stalked, Chloe surely had my empathy. But she felt like a passive character who relied on others to make decisions for her. The job was brought by Blaire, the detective was Blaire’s decision. Chloe could have at least opted for a self-defence class, but she made the absurd choice of getting involved with the detective in order to feel safe. And then the twist that came after made her look foolish.

It’s not like the plot wasn’t up to the mark or the story didn’t have the spark. It had all the potential, but somehow, it missed the mark.