The Overdue Life of Amy Byler | By Kelly Harms

The Overdue Life of Amy Byler | By Kelly Harms 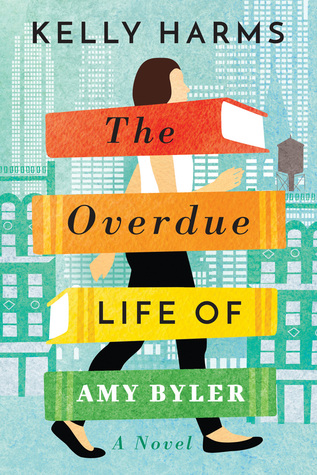 Categories: 2020, Book Discussions, Women's fiction
Tags: chic-lit, momspringa, netgalley, overduelifeofamybyler, womensfiction
Genres: Chic-lit, Contemporary fiction, Women's fictions
Publisher: Lake Union Publishing
Overworked and underappreciated, single mom Amy Byler needs a break. So when the guilt-ridden husband who abandoned her shows up and offers to take care of their kids for the summer, she accepts his offer and escapes rural Pennsylvania for New York City. Usually grounded and mild mannered, Amy finally lets her hair down in the city that never sleeps. She discovers a life filled with culture, sophistication, and—with a little encouragement from her friends—a…

Amy Byler is a single mother to her teenage kids for the last three years. The story is told from her perspective along with a journal entry from her daughter Cory. Overall, the book is witty and upbeat yet filled with deep seated issues.

The plot started off strong but somewhere in the middle it, the plot felt lost. There was a bit of lagging and misdirection at times. But it pulls itself together towards the end. The book questions streotypes especially, about mothers and what they should or should not do or even wish for.

There were a lot of interesting and fun characters. With Amy herself so full of life, despite being a tired single mom, the story was engaging and easy going. The spark of romance makes you wish for more but as any chic lit goes, they keep missing the point and yet it is romantic in that starry eyed way.

Unfortunately, some of the characters were not utilised properly and remained on the sidelines till the very end. It would have been interesting to know more about them than knowing every single detail of Amy’s New York outing. Not that, it wasn’t unnecessary. As the story progressed Amy started to open up and finally decided to live her life.

The idea that a bit of make over would cheer you up or increase your confidence isn’t exactly universally agreeable. However, the book acknowledges this and points out that #momspringa could mean any kind of break to anyone. But it is only a tiny portion. The majority of the time is spent on “improving” Amy or rather just her looks. If you could overlook the glamour part just a bit, the book has a powerful message. This is definitely a one time read for me.