The Fifteen Wonders of Daniel Green | By Erica Boyce

The Fifteen Wonders of Daniel Green | By Erica Boyce 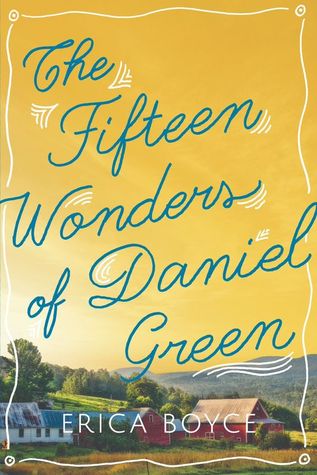 Categories: 2019, Book Discussions, Contemporary
Tags: contemporaryfiction, Fifteenwondersofdanielgreen, netgalley
Author: Erica Boyce
Publisher: SourceBooks Landmark
When a dying farmer hires him in a last-ditch effort to bring publicity to a small Vermont town, Daniel finds himself at odds with his heart. It isn't long before he gets drawn into a family struggling to stitch itself back together, and the consequences will change his life forever.

Sometimes wonder is found not beyond the stars, but a few feet from your own front door…

Daniel Green makes crop circles. As a member of a secret organization, he travels across the country creating strange works of art that leave communities mystified.

He’s always been alone; in fact, he prefers it. But when a dying farmer hires him in a last-ditch effort to bring publicity to a small Vermont town, Daniel finds himself at odds with his heart. It isn’t long before he gets drawn into a family struggling to stitch itself back together, and the consequences will change his life forever.

I received an e-ARC of The Fifteen Wonders of Daniel Green from NetGalley in exchange for an honest review.

The Fifteen Wonders of Daniel Green is definitely one of my top reads this summer. The story is told from the perspective of three people, Daniel, Nessa and her mother Molly. This book is all about family ties, the way we perceive our loved ones. And sometimes it is our very own thoughts and assumptions that drifts us away from the people we love the most. 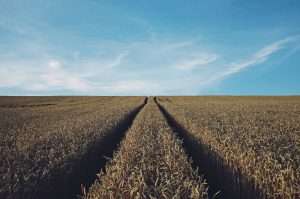 The plot is simple and straightforward. Sam, a dying farmer, hires Daniel, a crop circler and the rest of the book is how their lives change afterwards. There were some portions that felt a little dragged but it did make up with enough reason for doing so. In short, this was an emotional read and at the same time left you with a sense of hope.

Each character in this book is crafted carefully and lovingly. Each one loyal to his or her own faults as well as strengths. The main characters in particular struggle with themselves and reflect upon how each of their relationships are affected by their thoughts and actions. The one thing common about the three of them – Daniel, Nessa and Molly-  is the similarity of their journey in completely different paths. How they learn to forgive themselves and let go in order to make room for hope and a future.

One of the major conflicts of the book is to bring all these different people together. There’s years of history, unresolved conflicts and words left unspoken. However, in the hour of absolute need, it is family that steps in. And family is not defined by blood ties alone. It  is just the people who love you and look out for you. Also, there aren’t a lot of books that talks about farmers and their hard life. Besides this, the book talks in clear terms about mental health. In fact, it was a revelation to me knowing what exactly OCD is and I loved the way the book treated the subject. Of course this is only fiction but there is heart to it and that’s what you expect from stories.

Overall, this is a gem of a book which should definitely be discussed more. If you’re a fan of family, relationships and the conflicts and drama associated with it, then this is definitely a must-read. The Fifteen Wonders of Daniel Green makes you empathise with the characters and touches your heart by it’s sincerity and simplicity.

Erica has been writing since she was in third grade and wearing badass cowboy-boot dresses. She wrote an illustrated story about an awkward encounter between a Thanksgiving turkey and a hunter and never looked back. Since then, she’s written angsty poetry in high school, angsty short stories as an English/Creative Writing major at Dartmouth College, less-angsty legal memos as a student at Harvard Law School, and her first book, a speculative-ish upmarket novel entitled THE FIFTEEN WONDERS OF DANIEL GREEN, out with Sourcebooks in Spring 2019.
_____________________________________
Get your book here : Amazon_US Amazon_IN Book Depository