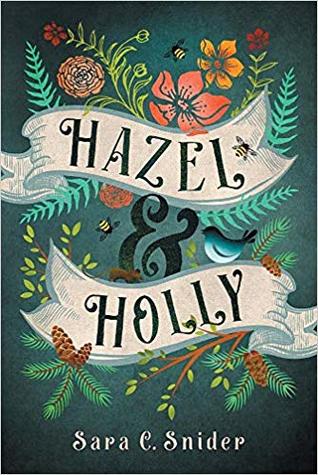 I received an eARC of Hazel and Holly from NetGalley in exchange for an honest review.

Hazel and Holly has a light tone in the narrative despite the topic of dark magic that it deals with. It gives an easy vibe and a humorous tone for the most of the part. The book is about the adventurous journey they set out in order to free their mother.

The plot however wasn’t as imaginative as the narrative. In the beginning the mysterious magical atmosphere was intriguing but as the story progressed, it felt more descriptive. It could have used some depth with the plot. A lot of the things were hazy till the end. Since this is a series one can hope it will dwell deeper in the future books.

Had the book spent more time on characters rather than the descriptive ways of the magical world and it’s working, it would have given them more depth. Even the protagonists Hazel and Holly, were touched only on the surface as people. It’s not that they don’t have depth, but it was never evident.

The conflict of the book is focused solely on one goal. Though the book in the end explains itself, the whole adventure lacked a solid plan or path for that matter. You can catch one lucky break on an adventure trip but you can’t make every single breakthrough based on chance or luck. By the time, the story catches up with this, providing an explanation, you’re far too deep in it and could not care any less.

Hazel and Holly has its fun moments for sure. But it is a solid one time read for me. I wouldn’t go seeking out the sequel but just in case, if I had enough time, I wouldn’t mind picking it up either (only if I have that kind of time to kill). So, you get the gist here I suppose.