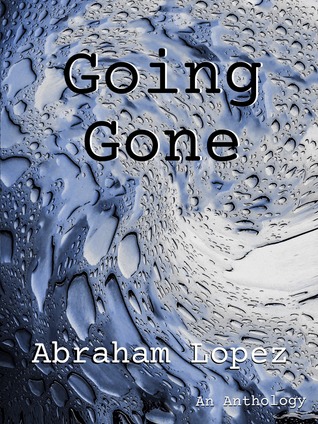 Categories: 2019, Book Discussions, Mystery Thriller, Thriller
Tags: apocalyptic, doomsday, thriller
Author: Abraham Lopez
Genre: Crime Thriller
Publisher: Self Published
What is a single life worth? In our modern world, where wars are on the cusp of igniting at a moment’s notice, new diseases ravage entire populations, and hidden atrocities erase the lives of thousands, what can the death of a single person mean? It can mean the tenuous line between peace and destruction.

What is a single life worth? In our modern world, where wars are on the cusp of igniting at a moment’s notice, new diseases ravage entire populations, and hidden atrocities erase the lives of thousands, what can the death of a single person mean?

It can mean the tenuous line between peace and destruction.

I received this book in exchange for an honest review from the Booktasters.

Going into the book I didn’t realise it was an anthology. Even though the book had separate stories, they were all related to a series of events taking place at different times through the perspective of each central character of a story.
The style was bold. Instead of a well-woven story, it is showing different events which led to the catastrophes later on, in the book. All different, but interconnected.

Since this is an anthology, you don’t spent a lot of time with each characters. A few characters had the same name which confused me, to think, if they’re related or not. Within the short span of their appearance, you can see three-dimensional characters and their perspective about the turn of events. Through each story, you gain more information about what is going on.

The conflict is obvious from the beginning, it is the doom of a civilsation to be precised. How it unfolds and how people in different parts of America take it, is what you see over the course of the book. However, despite the intense stories I never felt emotionally for the characters. There was very little revealed in the stories at first and at some point as a reader, your logic as a human being prevents from immersing in the book completely. At least it was the case for me.

The book comes through and explains those doubts later on, but it is a little too late. There was a sense of detachment throughout the reading.  In the end, it was dumping all the information at once. As a reader, I had stopped caring by then. Perhaps it is just me. Maybe I might have missed some of the nuanced geopolitical issues mentioned in the book or maybe this wasn’t my style.

If you’re into chaotic and violent apocalyptic books, you can pick Going Gone. The book makes a social commentary on how things are now and where they might lead us and even indicates the cycle just repeats. That is the nature of mankind. This book doesn’t shy away from ugliness at any point and there are some stories that are really good. However, the style of the book and the way it revealed itself was still a problem for me.

If you’ve read this book,let me know your thoughts in the comments.

Abraham Lopez spent his formative years in rural Colorado, where he was born. He has also lived in Northern Nevada, Virginia, and Northwest Arkansas. These disparate environments and local cultures have had a great impact on Abraham’s view of America and his writing styles. Though educated as a computer programmer, Abraham hopes to be a full-time writer in the near future.