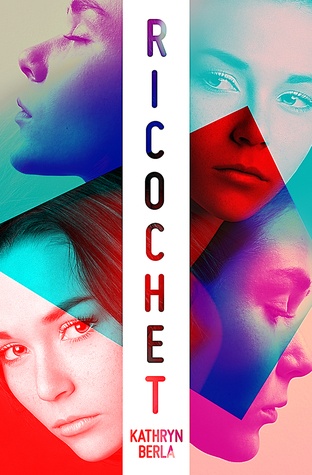 Categories: 2020, Book Discussions, Science-fiction
Tags: sciencefiction, YAfiction
Author: Kathryn Berla
When seventeen-year-old Tati sends a saliva sample to a DNA ancestry testing site, her results come back inconclusive. What’s wrong with her DNA? And does it have to do with her unexplained seizures and the beckoning tunnel she sees during them? What Tati discovers is more than she could have ever imagined possible. Parallel universes exist and her abnormal DNA compels and condemns Tati and her other selves—shy Ana, privileged Tatyana, and on-the-run Tanya—to a…

Ricochet is told by the four different versions of Tatiyana the protagonist. Each of this version is some kind of a probability of the same reality with different outcomes. Save a few initial confusions, the narrative is distinct and keeps you interested. It is one of the best aspects of the book.

The plot however, didn’t make much of an impact. It is one of those books, which I personally wish didn’t reveal too much information on the synopsis. Pretty much nothing happens in the first half of the book other than establishing the characters. It felt a bit repetitive at times instead, of the de javu that I assume the story was going for.

Tatiyana is a wholesome character if you view her as a collective. There is a distinct personality for Tatiyana in each Universe. She is similar but not the same. That made things interesting.

However, the conflict was built up with a fervent intensity and the synopsis – once again- promises a lot. But the big reveal, in itself didn’t make much impact. The way the whole conflict resolved in itself felt vague as well.

Overall, Ricochet is a good attempt in creating a web of parallel worlds and multiple realities. But it doesn’t exactly excite the readers in terms of a compelling conflict.