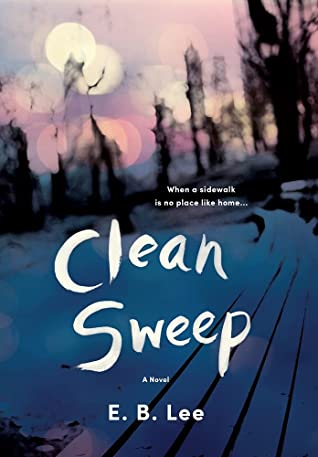 Category: 2022
Tags: blogtour, cleansweep, thewritereads
Author: E B Lee
Genres: Contemporary fiction, Literary fiction
Publisher: Little Brown Dog Press
Carli Morris is looking forward to a quiet retirement. With more money than she can imagine earned from the sale of her Madison Avenue ad agency, she dreams of spending her golden years painting and giving back to society. But the heartbreaking discovery of a homeless woman dead in Carli’s neighborhood reopens the wounds of Carli’s own tragic loss and causes a change of plan. Realizing her busy career sheltered her from the vulnerable, she…

Clean Sweep follows the journey of Carlie Morris, who volunteers for the local Church Run and is in for a roller coaster. The compassion and empathy of the main character easily moves you as a reader. It makes you root for them along with Carlie.

The story covers a lot of themes, including mental health. The pacing felt a bit off towards the second half. But it picks up in the end and gives an emotional ending.

The book features a bunch of impactful characters, particularly Carlie and Grant. Grant’s eccentrics and quirks immediately become endearing in the beginning. However, as the story progresses, we learn more about him. The story focuses on various characters living on the streets and sheds a light on their personalities. It strongly reminds us that most of them had a full life before and something pushed them to live the way they are right now.

There are some trigger warnings you need to look for before you pick up this book. One of the central themes the book explores is that of compassion. It talks about the patience and effort it requires to care for someone who is living in denial. It even explicitly talks about the chance of becoming codependent while caring for another. In short, lifting up a fellow human being is a delicate work which the story tries to tell over and over. In doing so, it has created complex characters with unique journeys of their own. how Carlie finds her own life upended while dealing with them is the central conflict of the book. 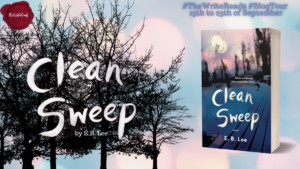 Since this is a constructive review, I would like to nitpick a bit. Perhaps this is coming from a completely different personal experience and worldview that I have as a person living in a developing country. At times, it feels like the story is giving a simplified version of lives on the street. While the character arcs were nuanced, and there were elements that were touched upon, including violence and substance abuse, the reality is far more complicated than that. At least in the metro cities of India, it is a lot more complicated than a person finding their will to live again.

There are people, who were once farmers, in the rural areas, migrating to the big cities because of hunger and poverty for better opportunities. They are the people who work hard all day and still cannot afford a roof over their heads for themselves or their families and end up on the streets. This could happen in a country where you don’t have a minimum wage limit and rising inflation.

Perhaps it is me looking from that lens who found this rendition of the street living a rather simplified outlook. Nonetheless, this doesn’t take away the merits of the story that was told.

Clean Sweep is a passionate journey of Carlie Morris who took notice of the people who lived in the same city as hers and yet remained invisible for years. It is a story of love and compassion. The reality of how hard it is to support your loved ones, even when they are unable to seek it. It urges you to open your eyes to those who are around you and yet remain invisible.