I hope you are already on top of your reading lists and goals for the year. As you can see from the title, starting from January, I am not exactly sticking to a definite TBR, but just have a general idea of what kind of books I might cover for the month. The idea is to be flexible with my choices, go with the flow and read more in the process. 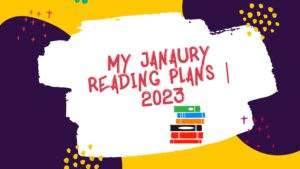 For January, I have been planning to read different genres. I want to read more sci-fi this year. I hoped that would happen in 2022 but I only managed to read one book. Anyway here is a list of potential reads for the month of January.

1) Running Wild by K A Tucker 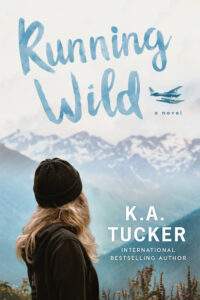 I read Forever Wild during the holidays and wanted to linger a little bit longer in the Trappers Crossing world. Naturally, the fourth book in the Simple Wild series was my first pick. In this book, we follow Marie, who has been a recurring character in previous books. She has been a potential threat to the leading couple Jonah and Calla. So it would be interesting to see her as the main character. Now, I have already started the book and will have my review of the book soon.

2) Such a Quiet Place by Megan Miranda 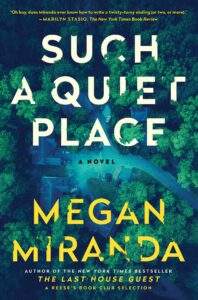 Such a Quiet Place takes place in this suburban neighborhood called Hollow’s Edge. It was just like any other community where residents were polite and looked out for each other until they found a couple murdered. What’s worse, the murderer was also a resident of the neighborhood, Ruby Fletcher. Now, Ruby’s conviction has been overturned and she is back with her old housemate Harper Nash.

Ruby’s return creates a stir in the neighborhood as no one wants her there. Harper herself is terrified as to what the truth is.  As time gets tougher, old friendships and relationships get tested.

The premise itself sounds quite interesting. The whole idea of crime in a posh neighborhood is my main draw to this. 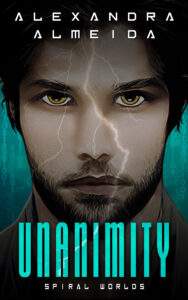 I am reading this book as part of TheWriteReads blog tour. This one is special already because I got a physical reading copy. Living in India, I usually get e-Books and I am happy about that too. But a physical book just makes you happy. Anyway, Unanimity is a sci-fi book that follows a dead God, called Shadow. From what I know, this is similar to the Black Mirror concept where you store your life in the digital world and become immortal. Shadow is the creator of this Spiral world. However, over the decades, it is not exactly the utopia he had hoped for. Instead, with different levels, even this virtual world has developed its own divides and now is at the brink of war, which could lead to self-destruction unless Shadow takes action to stop it all. But he is being pulled in different directions.

Intrigued!! This is a sci-fi book, a genre that I am hoping to include more in my reading stats.  Unanimity is the first book in the Spiral World series. I am quite excited to read this one.

4)Snap Out of It by Maddie Dawson 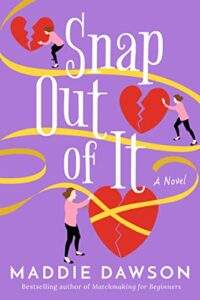 It’s not January if I didn’t read at least one women’s fiction novel. Keeping the tradition alive, I requested an e-ARC for Snap Out of It on NetGalley and got accepted. This one is already out if you want to check it out. In this book, we follow Billie Slate who, after three marriages, has given up on love. She works as a Heartbreak Bunny, which is basically a performance artist who heals people from breakups. When her business goes viral and she gets her chance at fame, Billie’s simple life no longer remains the same.

That description is what made me request this one. I am hoping for a fun uplifting read.

5) An Unwanted Guest by Shari Lapena 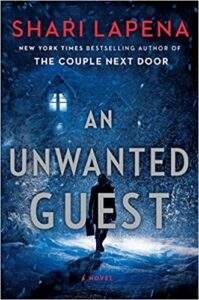 I read Daisy Darker recently and enjoyed it a lot. So, I was looking for another “And Then There Were None” situation in thrillers when I found I had a copy of An Unwanted Guest. Also, I am visiting my family next month and since my sister enjoys thrillers, I want to give this one to her, and that’s how this became a part of my potential reads list this month.

In this book, we have a mountain lodge, which turns into an isolated location as the guests are all snowed in. Now, this seems like a cozy Christmas kind of scenario until the guests start dying one by one. I am going into this almost blind and want to just enjoy the feeling of being immersed in a wintry thriller.

These are mostly the books I intend to read in January. Since it is already the 10th of January, I doubt I will deviate from this. But you never know. I am starting 2023 with high hopes in terms of my personal goals. So far, things are going according to plan. It is nothing ambitious in terms of reading. I am trying to focus on quality rather than quantity. Also, I want to push my limits and include different genres. In an effort to read more, I usually stick to my usual genres and there is nothing wrong with that. But I want to diversify and try new things while doing what I love the most, reading and blogging. Hence this new approach.

Let me know your thoughts about these books in the comments section. I would love to hear from you.