Do books always need to be politically correct?

Before we begin, to everyone who clicked your way to this post, there is a big fat chance that by the end of it, I might not make any sense. You must know that I highly appreciate the time you have spent reading my post. Now, let’s begin!!

As a reader and someone who aspires to write (“someday”) , I believe that every author thinks about this while they create their work. Will my story/content offend someone? Regardless of what the answer might be, I believe the choice rests upon the author. It’s been  a year since I have started blogging and there is no hiding that with a potential review in mind, my reading has become a little more critical than what it was before I blogged. To me, a book is all about how it made me feel. I expect the story to surprise me and yet have a structure. I expect the characters to have a journey – externally or internally – by the end of the story. Basically a good book from my point of view, elevates itself from the plane that it originated.

However, is the general approval and rating is what that makes a great book? Is it absolutely necessary for an author to appease the masses? Absolutely not, if you ask me. Recently I read a book (definitely not naming it) which was beyond my emotional plane to relate to. The book was set in future and had elements that were not realistic. Yet, I kept searching for the thread that connects me to the story and found none. This is what made me write this post even though I have been thinking about the topic for a long time. 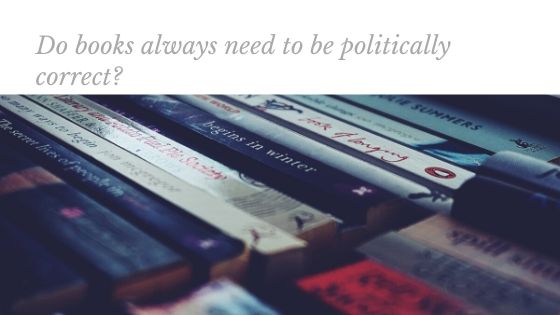 Should we actually label a book as average or bad just because it didn’t appeal to our sensitivities? Especially in the Internet era when it is too much easy to attack someone by staying anonymous. And if every writer got bothered by this fact, then won’t we have a lack of literature that stands beyond time?

Think about the books that were odd or particularly out of the box at the time they were written. Man in the High Castle, Jane Eyre, The Handmaid’s Tale, To Kill a Mocking Bird…and the list just goes on. And these are the examples of  great books.

Even if some twisted mind decides to write something horrible that offends most of us, should we not give them a chance to just exist? Whatever twisted story they have, it is theirs and they should tell it. Whether it is sexist, racist or extremely violent it has to be there as an example to the world that such hatred existed. It has to be there for the world to realize how ugly it looks when we start thinking like that.

And this goes beyond stories. We don’t have to make everyone politically correct or change the way they think. The only thing that everyone needs is tolerance. Those who know what is wrong should have the tolerance to accept the people who think in a different manner so long as they don’t harm anyone else.