Twice in a Blue Moon | By Christina Lauren

Twice in a Blue Moon | By Christina Lauren 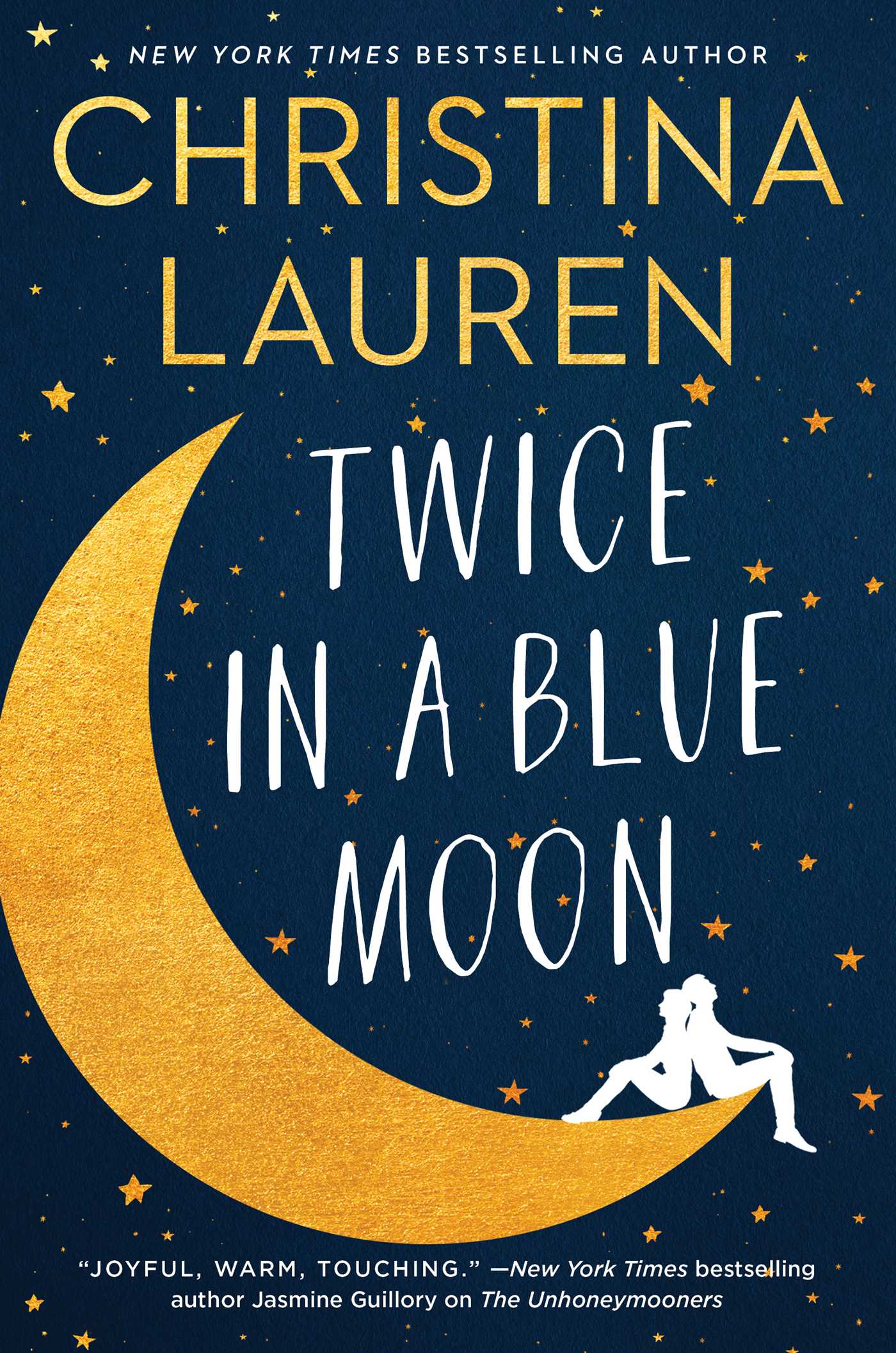 Categories: 2019, Book Discussions, Chick-lits, Romance, Women's fiction
Tags: chic-lit, Contemporary, Romance, Twice in a Blue Moon
Author: Christina Lauren
Genres: Contemporary fiction, Romance
Publisher: Gallery Books
During a whirlwind two-week vacation abroad, Sam and Tate fell for each other in only the way that first loves do: sharing all of their hopes, dreams, and deepest secrets along the way. Sam was the first, and only, person that Tate—the long-lost daughter of one of the world’s biggest film stars—ever revealed her identity to. So when it became clear her trust was misplaced, her world shattered for good. Fourteen years later, Tate, now…

Twice in a Blue Moon is definitely an engaging read if you’re into the women’s fiction genre. This is definitely not your magical romantic novel set up. The story is divided into two phases. One with Tate as a teenager and the other her present state as an adult. Tate Jones or Tate Butler is definitely an interesting person who keeps the story moving forward.

The plot starts strong and powers through the middle but the ending doesn’t live up to the hype. It is entertaining for sure but you can’t help but want more in the end.

Twice in a Blue Moon has an ensemble of distinct characters. It’s a story within a story and even the fictional characters stand out.  Tate and Sam are the central characters. It’s their second chance. The people who they’ve become because they met each other in the past. The book has everything that would make you want to know about these characters and their situations.

And then, there is the glamour of Hollywood. It never overshadows the central love story but it is enough to tease you. The conflicts however could have been dealt in a detailed or elaborate way. There were a lot of things that went without confrontation when the book ended. It somehow takes the edge away from the overall message of the book which is strength and endurance of an individual.

Overall, I enjoyed the book and would say yes to anyone who chooses to pick this one. It’s just, don’t expect too much from the book. There is only one way to justify the way certain things were handled. Sometimes, life is not about the right and the wrongs. You cannot always win every battles. Some battles you choose not to have because the loss that comes when you confront them is unbearable. That works in real life. And if the book wants to take that route, any reader can appreciate it for what it is.

Tags: chic-litContemporaryRomanceTwice in a Blue Moon