Men and Dreams in the Dhauladhar | By Kochery C Shibu

Men and Dreams in the Dhauladhar | By Kochery C Shibu 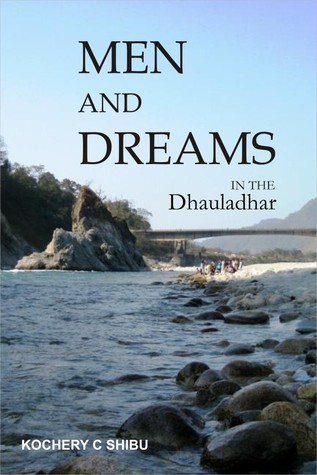 Categories: 2019, Book Discussions, Contemporary
Tags: Contemporary, indianbooks, menanddreamsinthedhauladhar
Author: Kocheri C Shibu
Genre: Contemporary fiction
Publisher: Self-published on Amazon
(Courtesy : Goodreads) A Hydel project in the remote HImalayas- three people brought together by fate. Nanda an engineer from Kerala at the dam construction site, hiding from his past, from the law, torn between the love for his dear ones, and the kalari code of revenge. Khusru, a youth displaced from his native village in Kashmir, a gambit in the terror plot that threatens to blow up the dam, working as a labourer at…

Men and Dreams in Dhauladhar has a peculiar style of narrative. The voice of the story seems like that of a detached observer. It took me sometime to get into this style of storytelling. At first, the chapters even felt like individual stories. But once you get into the spirit of the story, you become that observer yourself. Even the protagonist Nanda seems like a passive observer of the events just like the reader.

This is a plot driven story. More emphasis is given to the events and how different characters impact each others lives. Most of the construction jargon at the camp site went over my head, but one cannot ignore the core message. It is that of struggles, hard labour and dreams. The language and style of the book is particularly meant for the Indian audience. If you’re an international reader and looking for your first English book by an Indian author, you won’t want to pick this one. The Indian reader however can appreciate slangs like “Baraf ka P”.

Nanda is the main protagonist of the story. However, apart from his past he doesn’t influence any of the events in the story. In fact, at some point Nanda himself becomes the observer like the reader. The little glimpse of his personality gives us the impression that he is basically a good man. Khusru is the other character who makes an impact.

There are a lot of characters that come and go throughout the story. It is hard to keep track of them at some point. Which is why, the conflicts of other characters gives you a sense of detached despair instead of strongly feeling for the characters. The message conveyed is clear. The mountains are harsh, cold and brutal. Life here has different meaning.

The female characters in the book do not create much ruckus. Rekha being the exception, but she too doesn’t pull through in the end. But this is the story of Men and Dreams in Dhauladhar. So one cannot complain.

This is a fair one time read. The book is unflinching and direct in its narration. It doesn’t try to be politically correct which makes it stand out. Even in the end, there are some loose ends. But this is more of a slice of life story in a project camp site. The book does justice to that theme.