Emma And The City I Amy Hilliges

Emma And The City I Amy Hilliges 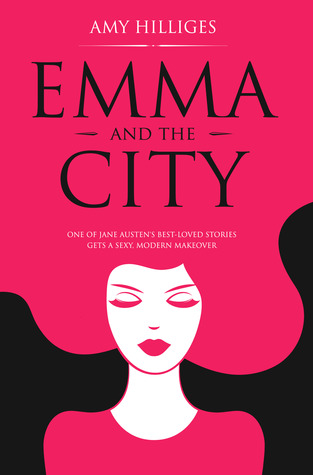 Amy Hilliges is the writer of the short story Bertie’s Ghost. Emma and the City is her debut novel. This is my first ever e-ARC novel. So I would like to thank Amy Hilliges and Red Envelope Press for providing with the same.

In this modern-day retelling of Jane Austen’s Emma, who lives in the city of Manhattan amidst the glamour and glitz, runs her own lifestyle blog and gives people advice on what to wear, where to go regardless of her integrity in telling people what to do. A self-proclaimed match-maker when Emma starts meddling with the affairs of people around her based on her own preconceived notions, things start to go haywire. Despite the good-natured words from her friend and neighbour Adam Knightley, Emma goes on her ways until things go out of her hand. How she spins these modern-day scenarios back and redeems herself is a delightful read indeed.

Considering this is a debut novel, I would give a thumbs up to Amy Hilliges for her portrayal of Emma. Now, I have the read the classic, watched the movie adaption and even watched the Indian retelling of Emma in a movie named Aisha. Considering the similarities in the timeline it was Aisha(Sonam Kapoor) that I drew parallels to this Emma. And so the dashing Adam Knightley was Arjun Burman (Abhay Deol) to me. The book maintained the crux of what Jane Austen’s novel was all about throughout. It opened with the wedding that Emma believed she had successfully match-made and had my attention from there. Then came the naïve small-town girl whom Emma had to take care of and supposedly find a date. And then a series of events took off from there.

The friendly banter of Emma and Mr. Kinghtley was quite enjoyable. I waited for their scenes together and wished for more. Each character I read, I was eager to find a parallel in the Jane Austen’s classic version. Nothing much has been changed and I am grateful to the author for how close to the original it is. The fact that the writer has managed to add more layers to Emma’s character and her constant need to meddle with people around her gave the story it’s much needed modern context. Rather than just another bored single lady, Emma had a purpose and something to do here. The transition of how the modern Emma despite the different motivations shared the same goals as the classic Emma makes the book a successful retelling.

When Ryan Churchill came into the picture I understood why this was described as “Emma meets Sex and the City”. The occasional mentions of Samantha and Carrie Bradshaw refreshed my memory with a smile. A major portion of the book, especially in the beginning took a lot of time to develop the plot and create the series of events leading to the falling apart. Emma erred and erred to the point that she was just another shallow, selfish and entitled city brat. The stakes felt higher here as Emma continued her follies. The reasons behind those mistakes were strong too. Emma had her own personal issues which she tried to escape by meddling.

There is one part that bothered me too much. The way she came back on top of everything felt too easy. The second half of the book was almost too quickly wrapped up. The Indian movie version I talked about had the same path where Emma focused on her career. I am glad the book went that way. She found her own purpose and it didn’t come easy. She failed and learned. That was justified. But the way she treated those around her and how forgiving everyone was was quite unbelievable. Hailey let Emma off the hook once and then again a second time almost too easily. The havoc Emma caused in Juliette’s life was too soon to be forgiven. Similarly, Ryan played Emma all this time and she behaved as if it didn’t matter anymore. Given she herself used Ryan for her own benefit might be the reason to take him lightly but Emma never kept it a secret whereas Ryan was holding back a lot of truth and all for a summer blockbuster? Talk about shallow.

Another disappointment was the Hailey-Knightley confusion track that I was hoping to see in the end. Especially when Adam was being so nice to her. Well, that was how we all expected it to go, right? Hailey’s character was more matured in this version than her classic counterpart in that respect.

In conclusion, Emma and the City is your fun chic-lit read. Even if you haven’t read the classic it is still an enjoyable standalone. The book is original despite being a retelling. I like this version and wouldn’t mind another glossy New York movie adaption of this book on a nice summer vacation!!

Emma and the City: The Ultimate Feel-Good Romantic Comedy Retelling of EMMA by Amy Hilliges
My rating: 4 of 5 stars