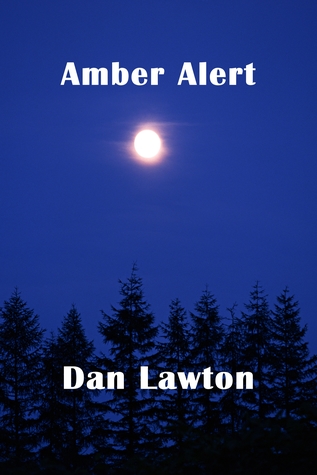 Categories: Book Discussions, Mystery Thriller
Tags: abduction, crime thriller, mystery
Author: Dan Lawton
Genre: Crime Thriller
Publisher: Solstice Publishing
Abby Janis is living a perfect life. A loving husband, an adorable daughter and a beautiful house to live in, Abby couldn't ask for anything better until one day. Her daughter, Chloe Janis is abducted. In order to track down her daughter, Abby must confront her dark past which she had managed to keep a secret for so long. How this abduction changes the life of everyone involved in this case is what we see…

Dan Lawton is a copy editor for an advertising agency when he is not writing books. A member of International Thriller Writers Organization, his first book “Deception” was named one of the best thrillers of 2017 by the Novel Writing Festival. I would like to thank Reader’s House and the author for providing me with the kindle edition of the book.

Abby Janis is living a perfect life. A loving husband, an adorable daughter and a beautiful house to live in, Abby couldn’t ask for anything better until one day. Her daughter, Chloe Janis is abducted. In order to track down her daughter, Abby must confront her dark past which she had managed to keep a secret for so long. How this abduction changes the life of everyone involved in this case is what we see through the course of the book.

I received this book in exchange for an honest review. Hence I am accountable to be so. Some books we are hooked right from the beginning and sometimes when you start a book, you just know that it is not for you. I admit that I don’t read a lot of crime thrillers but that is not the reason why I am saying this for Amber Alert.

I started this book on a train journey and that is one of my favorite places to read a book. The book doesn’t waste much time on pleasantries and gets right into the action from the beginning. If anything Amber Alert keeps you hooked right from the first page. Each chapter ends leaving a lot of questions in the mind of the reader and it picks up from where it left with each character as the story goes by.

Even so, while reading I never felt that connection since the first chapter. At first, I thought it is because of my inexperience with crime thrillers. I love stories when they take their time to simmer up and finally boil up to the conflict. Here you find the narrative reversed in that respect.

Abby and Kurt Janis’s only daughter Chloe Janis is kidnapped by Scott Baker and the entire mystery surrounds around the events in the past that prompted each character to commit to their present actions. While this sounds like an interesting and happening premise for a thriller, you still need some information to feel for the characters. There is everything you expect to have in a story. None of the characters are one-dimensional. The kid too is not just a helpless victim. Everyone has an in-depth story and enough mystery to keep the pages turning. Yet something felt amiss.

Perhaps it is just me. But this gnawing uneasiness was confirmed when the story decided to buy some time stating legal reasons. A nine-year-old gets abducted and the police suggest waiting for twenty-four hours before issuing an Amber Alert just because she seems to be leaving with the person willingly.

I don’t know much about the federal laws in the US but here in India even if a minor leaves with consent it is still abduction because there are a thousand ways to make a kid walk with you. If the system really waits for so long to get into action, a lot could go wrong. From that point, it was becoming hard for me to connect with the plot. All that confusion and suspicion that rose up during that point failed to register because my mind was stuck with this hitch. It was that time gap that made things go out of hands and forced Abby to revisit her past.

Once you lose the connection with a plot it is an effort to read it through. Still, I was waiting for the big bomb to drop. There was a clear indication regarding doubts about Chloe’s father. I appreciate the way it was dealt with. It was a bittersweet ending. However, there are some mysteries that should be revealed at least by the end of the book. You never get to know the big con for which Scott took the blow other than that it was a big con. As much as I sympathized with Abby’s agony and her plight, in the end, it felt as if she got the easiest end of the bargain.

Amber Alert is a one-time read for me. You can check it out if thrillers are your thing but it doesn’t have that gripping edgy feel you expect from one. To me, it is an alright book.

Get your copy at :

Amber Alert by Dan Lawton
My rating: 2 of 5 stars