Book Review | The Broken Heart of Arelium | By Alex Robins 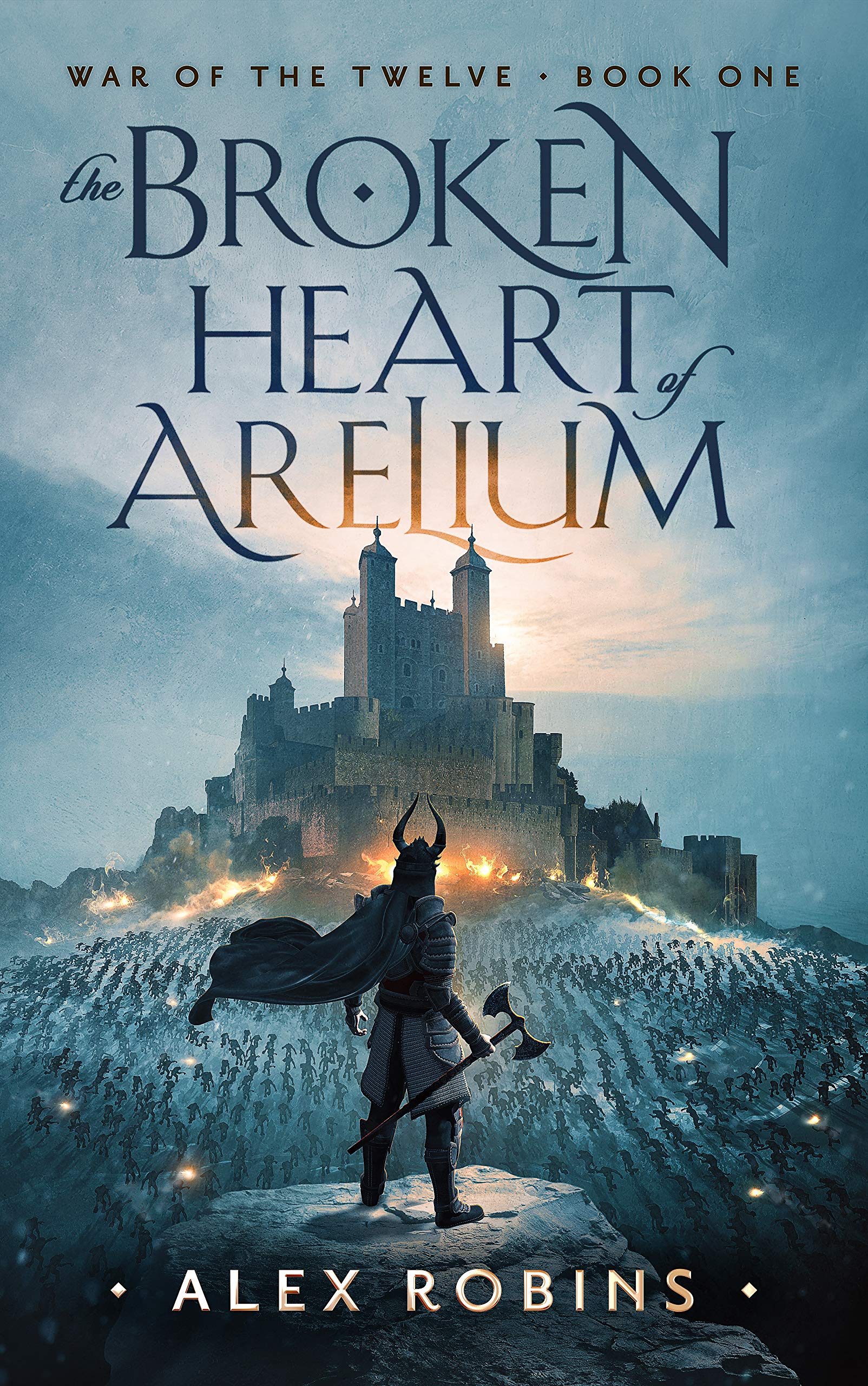 Categories: 2022, Book Discussions, Fantasy
Tags: blogtour, epicfantasy, Fantasy, thebrokenheartofarelium, thewritereabd, warofthetwelve
Author: Alex Robins
Genres: Fantasy, Science fiction/Fanatsy
Series: War of the Twelve
Publisher: Bradypus Publishing
Some Things Must Never Be Forgotten. Over 400 years ago, twelve great warriors united the beleaguered armies of men and scoured the war-torn lands of evil, pushing the enemy back into the underground pits and caverns from whence they came. To ensure their legacy, each of the Twelve founded fortress monasteries to impart their unique knowledge of war and politics to a select few, the Knights of the Twelve. But now the last of the…

The Broken Heart of Arelium succeeds well in terms of drawing you into this fictional world with its epic backstories and political intrigue. The world-building is immaculate and perhaps one of the noteworthy features of the book.

Initially, each scene takes its time to paint a vivid picture of the scene in front of you. As a visualising reader, the style appeals to me personally. However, towards the end, the scenery became just a mute background while the political games took the forefront. The shift in the style kind of felt abrupt after a certain point.

However, the plot and the pacing definitely made it a page-turner from the beginning till the end.

Even if the book doesn’t add something fresh to the epic fantasy genre, it does a good job of creating characters that fit the typical mould of the genre. The brooding guard who belongs to an order, the naive heir to a keep who is turmoiled with her own feelings, the ever-present threat which is beyond human kind’s grasp or understanding but needs to be stopped forgetting their own personal squabbles and finally, the shifting loyalties reminded me a lot of Game of Thrones in a good way.

The tropes might be similar but the characters and their journey is quite different from A Song of Ice and Fire. If at all, it helped build the suspense around the plot and you had to read more to know more. However, in the end, the twists felt a bit urgent. It could have used a bit more setting up instead of characters randomly revealing their true nature.

If this book were made into a series, I would watch it. I mean, why not?  Most fantasy fans must have binged The Shadow and the Bone, Witcher and Wheel of Time. In the meantime, a good dose of Arelium and the order of the Twelve seems irresistible. In short, the book delivers what it promises and makes it worth your time.