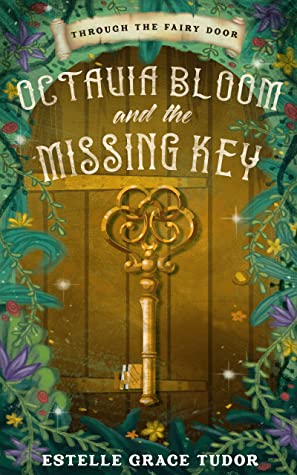 Categories: 2022, Book Discussions, Fantasy, Middle Grade fantasy
Tags: #BBNYA, #bbnyafinalist, #OctaviaBloomAndTheMissingKey, bbnya2021, bbnyafinalist2021, blogtour, middlegradefantasy, thewritereads
Author: Estelle Grace Tudor
Genres: Fantasy, Middle Grade Fantasy
Series: Through the Fairy Door
Publisher: Inlustris
One tiny discovery can have enormous consequences... Almost 10-year-old Octavia Bloom is looking for adventure, but when it comes it's in the shape of a tiny fairy door. Dragging her reluctant sister and cousins into the mystery, Octavia discovers her family are hiding not ONE but TWO life-changing secrets. Why is her mother searching for an elusive flower? And does she have what it takes to reunite her fractured family? Octavia's certain the answers lie behind the fairy door, if only she could just find the key... Bravery, secrets & magic intertwine in this fantastical adventure.     (Goodreads) 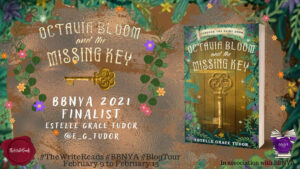 Octavia Bloom and the Missing Key has the appeal of a fairy tale that packs the vibe of a Princess Diaries tale. It can be a great bedtime story that would make young kids run wild with their active imagination and enter into the land of fairies and unicorns. It is whimsical and adventurous in that sense. However, beneath that fluff, there is very little depth to the plot.

The hero’s journey felt a bit rushed while the story spent a lot of time revealing the past and giving context to the current situation. It would have been quite a different journey if the book had spent enough time on the adventure and the character growth rather than merely plotting the adventurous journey.

The Bloom girls are the central characters of the story. With Octavia being the title character, it is natural to expect a noticeable character arc for her. However, the story lacked a clear three-dimensional arc for her even if the other Bloom girls clearly had a small internal journey within themselves. Felicity, Martha and Beatrice had a growth in their approach to things and towards each other. Octavia on the other hand, started as the wild adventurous girl and by the end of the story, it was as if she was right all along. There were dangerous situations because of her recklessness but as a reader, you never get the sense that she was learning something from them. It was brushed off as a minor inconvenience since more reckless decisions by her somehow resolved those dangers in the end.

Since the main character lacked a clear character arc, the conflict didn’t have as much appeal. Things happened too quickly for any of them to be in any real danger. Perhaps, for a middle grader, it would still suffice. However, it is quite natural to compare the story with other middle-grade fantasies I have read in recent times. Not in terms of writing style or plot, but from the mere substance point of view. It seems as if the story was catering to a smaller age group and if that’s the case then it is doing a fantastic job. However, it would have spiced things up if it had a bit more of an internal conflict and character growth for the main character.

Octavia Bloom and the Missing Key is a cosy bedtime adventure into fairylands filled with magical creatures and vibrant characters. It is a light fun read if you are looking for some action and adventure with lighter moments.