This year, the Book Blogger’s Novel of the Year Award (BBNYA) is celebrating the 50
books that made it into Round Two with a mini spotlight blitz tour for each title. 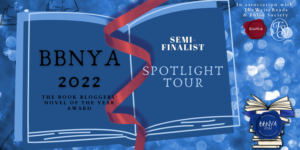 I am trying my best to be a part of this spotlight blitz. Today’s BBNYA semifinalist spotlight features the book named ‘The Darlings’ by Angela Jackson. 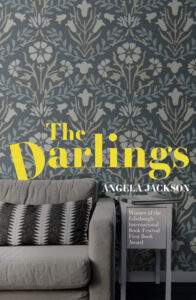 We all have a deep and primal desire to be loved for who we are. This is a book about what happens when unconditional love disappears.

When Mark Darling was fifteen years old, he was golden boy, captain of the school football team, loved by all who knew him. Until he killed his best friend in a freak accident.

He spent his first decade as an adult drifting between the therapy couch and dead-end pursuits. Then along came Sadie. A mender by nature, she rescued him from the torpor, and had enough energy to carry them both through the next few years.

One evening, Mark bumps into an old schoolfriend, Ruby. She’d seen the accident first hand. He is pulled towards her by a force stronger than logic: the universal need to reconcile one’s childhood wounds. This is his chance to, once again, feel the enveloping warmth of unconditional love. But can he leave behind the woman who rescued him from the pit of despair, the wife he loves? His unborn child?

This is a story about how childhood experience can profoundly impact how we behave as adults. It’s a story about betrayal, the search for true love, and how we often blinker ourselves to see a version of the truth that is more palatable to us.

Angela Jackson is an award-winning writer, a former psychology lecturer, and a creative writing tutor for Open College of the Arts.

She completed her second novel, The Darlings, after workshopping two of its key characters in monologue format. She produced, directed and performed a sellout run of The Darling Monologues at Edinburgh Fringe. The reviews called her a one-woman tour de force, and described the show as: “Talking Heads meets Victoria Wood.”

She has also performed stand-up at the Fringe.

She is currently working on her second one-woman show, SAY IF IT’S NOT OKAY, which will debut at this year’s Edinburgh Fringe.

If you are interested in this contemporary fiction, give it a try. You can find it on all the popular online platforms.