A tribute to the Beypore Sultan | Vaikom Muhammad Basheer

I was going to post a review of another YA fantasy, when I happened to watch a news segment and found out that today, July 5th is actually the 27th death anniversary of the beloved and legendary author of Malayalam literature, Vaikom Muhammad Basheer. I would not be a book blogger if I didn’t talk about him on such an occasion. This is not an article about how great he is because you can google his name and find hundreds of anecdotes on him. An activist, freedom fighter, visionary novelist and short story writer, he is a Hemingway or Dickens equivalent to the Keralites. 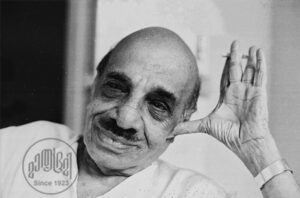 Known as the legendary Sultan of Baypore, Vaikom Muhammad Basheer inspired and still continues to inspire a generation of Keralites to pursue literature. I am not sure if his works are translated into English. And even if they’re I am afraid it won’t convey the magic with the same effect. And I don’t mean this as a linguistic snob. Basheer’s unique style included the usage of slang words or even new words, popular among them being “badukus” which could mean anything from “inconvenient” to “dimwit”. It is an emotion instead of mere words. One can only imagine the power and prowess of an author in inventing words that convey the emotions instead of searching the thesaurus.

What I want to talk about today is, who is this legendary author for me? The fascination and adoration I have for such a great author is all I wish to convey in a few words and maybe inspire a few of you readers to look up his name and find out more about him if you’re not already aware of him.

My first introduction to Basheer’s work is a school lesson  – a short story – from my sister’s book. Now, as a bookbug, I had this hobby of reading all the stories in our language text books as soon as we collect them a few weeks before the school opening. That’s how I read “Bhoomiyude Avakashikal” ( Heirs of the Earth). At the time what appealed to me was the humor and child like curiosity of the author. However, as an adult I can see how far sighted he was to tell us in such simple words in the year 1977, that humans are only a part of the ecosystem. That every living being is an heir to the Earth just as we are.

And then comes my favorite work of him. Pathummayude Aadu ( Pathumma’s goat) which came out in 1959. This humorous account of a Muslim household is partly autobiographical much like his other works. Oddly enough, one can never differentiate facts and fiction from his writing. But that touch of reality makes us part of this world, like a fly on the wall. Pathumma is the sister of the author and the goat is symbolic of the all consuming hunger of a poor household. 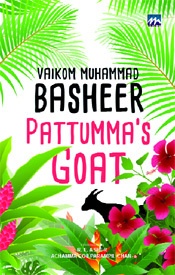 ( I found an English translation after all!!)

I remember trying not to miss a single class when we had to study Pathumma’s goat. I would wait eagerly to read the lesson aloud because this is a book that needs to be read like that. With the slang and characters, aloud, with a circle of eager listeners around you. I remember waiting for the news reel where they show the author’s real family and the house where the commotions of the book took place.

There are other works too that I have read but honestly don’t quite remember the exact plot. Like Balyakalasakhi, childhood sweethearts who grow up to bitter reality. A book that touched domestic abuse even before it was a mainstream topic. Then comes Mathilukal (Walls), ( I vaguely remember the movie and not the book. Blasphemy!!) . 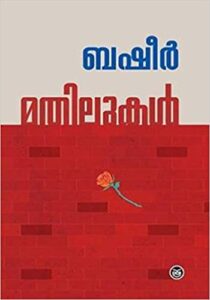 A bittersweet love story which is inspired by the author’s time in prison as a freedom fighter.

I have only touched the surface of his genius works. At a time when literature belonged to the elite and educated, Basheer made it approachable to the common man by his simple writing and relatable every day characters. And through them, he became the Sultan of Baypore and continues to rule the hearts of book lovers even today.

This is my small attempt to pay a humble tribute to the legend and at least introduce his name to a few new readers.